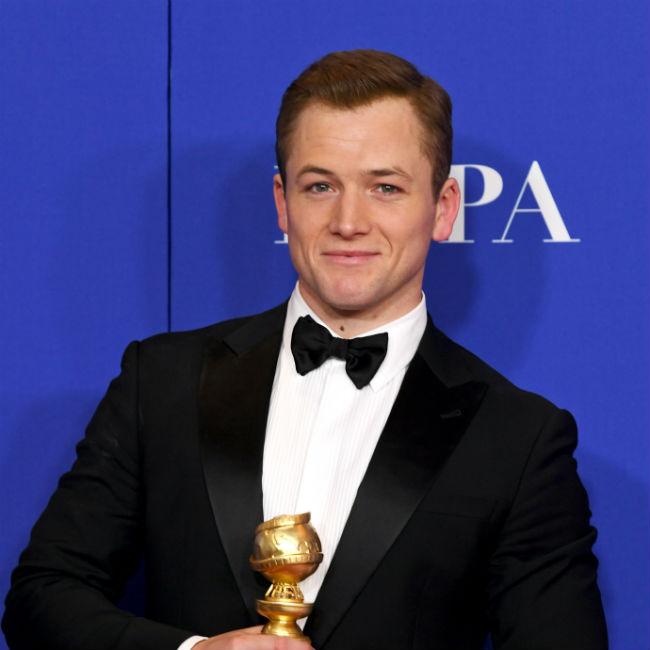 Taron Egerton is set to star in a movie about 'Tetris'.

The 30-year-old actor will play Dutch-born video game entrepreneur Henk Rogers in a film about the legal battle surrounding the game in the late 1980s.

Henk was involved in a dispute with a Soviety computer programming agency and software companies controlled by late media mogul Robert Maxwell and his son Kevin, and following a series of rows, managed to secure the intellectual property rights to the blockbuster Nintendo Game Boy game for himself and its creator Alexey Pajitnov.

The game had raked in tens of millions of pounds, but up until that point, the Russian designer hadn't received a penny.

The movie, which will be simply called 'Tetris', will be directed by 'Stan & Ollie' filmmaker Jon S. Baird and is backed by producers including Leonard Blavatnik and Matthew Vaughn.

According to the Daily Mail newspaper's Baz Bamigboye, it is hoped shooting will begin in September, with a "full spectrum" of safety procedures.

A number of other major roles are yet to be cast.

Earlier this year, it was revealed the 'Rocketman' actor was also in talks to star in a 'Little Shop of Horrors' remake, playing the role of Seymour Krelborn, a nerdy florist who discovers that the Venus flytrap he boughtduring a solar eclipse can talk.

Seymour uses the plant to woo his love interest, Audrey, but the plant, who he has named Audrey II, begins to develop a taste for human flesh.

Scarlett Johansson and Billy Porter were linked to the roles of Audrey and Audrey II respectively.

This will be the second time 'Little Shop of Horrors' has been remade. The film was originally released in 1960 before being rebooted in 1986.

The story has also been transferred to the stage as a musical that has run on Broadway and the West End.

Taron has previous experience of playing the role, having starred as Seymour in a local youth production in Wales back in 2007.