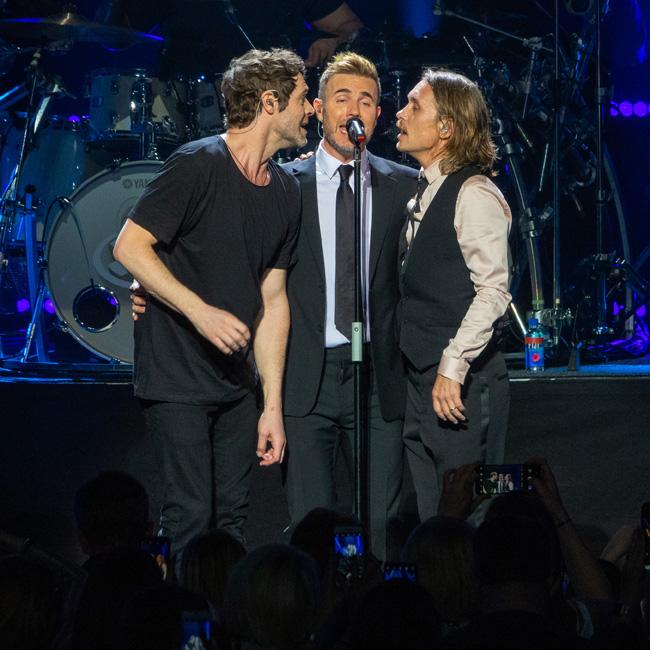 Take That's musical The Band to be turned into film

Take That's musical 'The Band' is being turned into a movie.

It is hoped the big screen adaptation of the show will start filming later this year, and producers are said to be on the hunt for "high calibre" actors to star in the motion picture, which has been titled 'Greatest Days'.

Danny Perkins, chief executive of the Elysian Film Group in London, said: "We're putting it together, and once all the serious things settle down, we can get on with making it."

Take That band members Gary Barlow, Robbie Williams, Mark Owen and Howard Donald will executive produce the film, just as they did 'The Band'.

The musical, written by Tim Firth, began touring in 2017 and told the story of five teen schoolgirls who were obsessed with a boy band in the early 90s.

Speaking to Baz Bamigboye's Daily Mail newspaper column, Firth said: "A tragedy happens, then we jump forward 25 years to see the women those girls became and they realise they were fools to have been apart for so long.

"It's about friendship and the power of the songs they loved. The band and the bits are secondary; it's about the fans who loved them."

Coky Giedroyc - the sister of TV presenter Mel Giedroyc - is to direct the movie, and it will include a number of Take That hits, such as 'Could It Be Magic' and 'Relight My Fire'.

Gary explained: "We are going to make a film of our musical 'The Band' next year, we are all signed off on that now.

"Tim Firth is doing the film script and we are going to shoot next summer. Again we can get involved with the music and that will keep us busy after the tour next year."