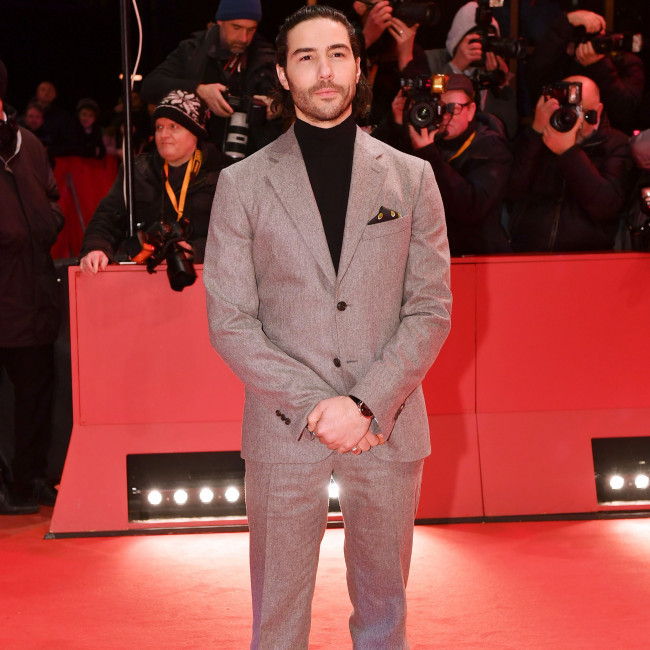 Tahar Rahim has joined the cast of 'Napoleon'.

The 40-year-old star will feature in Ridley Scott's upcoming historical epic that is currently in production.

The movie will be an original and personal look at Napoleon's origins and his swift and ruthless rise to becoming French Emperor.

Joaquin Phoenix will play Napoleon with Vanessa Kirby starring as his wife Josephine, with the flick chronicling the pair's addictive and often volatile relationship.

Rahim will play Paul Barras – the powerful Commissioner of the Revolutionary Army.

Ridley is producing the Apple TV+ project through his Scott Free Productions banner alongside Mark Huffam and Kevin Walsh. The movie expands the production company's partnership with Apple – which has a first-look deal for television projects with Apple TV+.

Tahar's previous movie credits include 'The Mauritanian' and he also portrayed the serial killer Charles Sobhraj in the TV series 'The Serpent'.

Jodie Comer had been due to star as Josephine but was forced to drop out of the movie because of a scheduling conflict with her theatre debut on London's West End, 'Prima Facie'.

The 'Killing Eve' actress said: "Unfortunately, due to Covid and changes of schedule, I don't think I can make it work right now due to a scheduling conflict."

Meanwhile, Tahar previously suggested that he was "honoured" to collaborate with Jodie Foster on 'The Mauritanian' but was often shy around her on the set.

The French actor said: "It was great and such an honour to work with her. She is the coolest, the nicest, and what a great actress.

"But of course, I was a bit intimidated by her. I was too shy to tell her how much I love her films. I didn't want to bother her by telling her I am a fan."