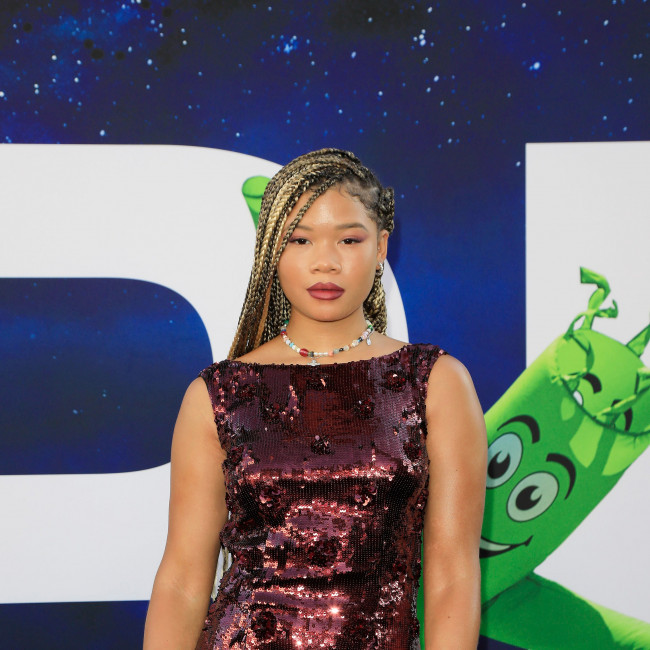 Storm Reid is to star in and produce 'Becoming Noble'.

The 19-year-old actress - who plays Gia Bennett, the younger sister of Zendaya's Rue in HBO's teen drama 'Euphoria' - has landed a new gig in the coming-of-age flick from 'Just Beyond' scribe Nneka Gerstle.

According to Deadline, the movie is in the works at Paramount Pictures.

It follows "high school senior Noble (Reid), who after finding out she is a Princess in an African nation, travels to her home country on the continent to discover her roots - and to determine if royal is something she really wants to be."

Storm is producing with her mom Robyn Simpson under their A Seed and Wings Productions banner, the production firm they launched in 2013.

It's not known who will helm the film at this time.

Storm starred in Ava DuVernay's Disney movie 'A Wrinkle in Time' alongside the likes of Oprah, Reese Witherspoon and Mindy Kaling, and said she was uplifted to have someone like the showbiz legend in her corner.

She said: "To work with Miss Oprah has been amazing and to have her in my corner, for her to inspire me and uplift me was amazing.

"But she actually told me, 'Don't waste energy on things you can't change in life, when you can be using that energy on something that is positive in your life'.

Reid admitted it was the first time she had worked on a set with "so many women" and doesn't think she will have the "privilege" to work with another predominately female cast.

She said: "This was the first set I've been on with so many women.