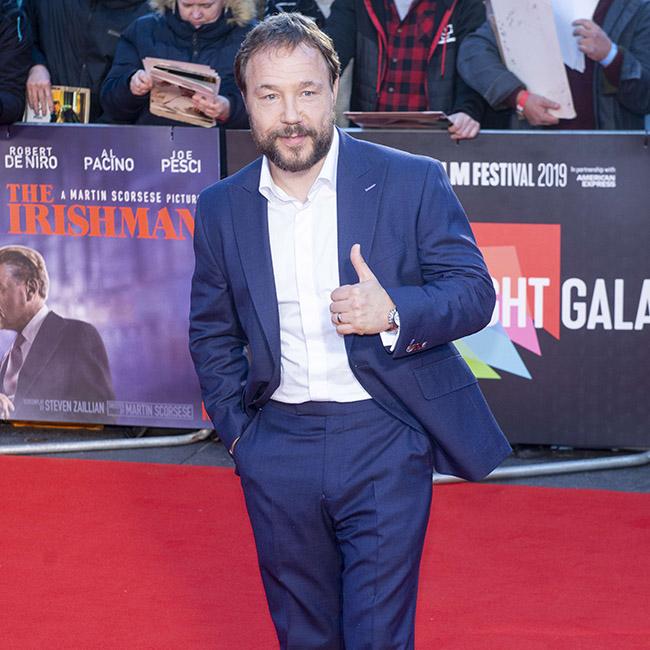 Stephen Graham was left gobsmacked by a compliment from Brad Pitt.

The pair starred together on Guy Ritchie's 2000 mystery crime drama 'Snatch' and the 'This Is England' star admitted he was taken-aback by the Hollywood legend's approval of his acting and said he was hugely inspired by their time on set.

Speaking at a BAFTA Masterclass in London on Wednesday (03.04.20), Stephen recalled: "There was one moment where I was sat to talking to Brad Pitt, he just said to me, 'You've got a lot of characters in you.'

"What I learnt from that set was playfulness. I just had a lot of fun."

The 46-year-old actor previously revealed he was star-struck by another film icon, Robert De Niro, when they worked on Netflix's 'The Irishman'.

Recalling their first meeting, Stephen said: "Bob was a little bit late. And he just walks in the door, and he's got a cap on, and a pair of shorts and a t-shirt, with a paper under his arm, and was just like 'Hello'. I was really in awe."

The movie star has played a number of troubled characters during his career, such as Joseph in the television drama 'The Virtues' and admits that he feels the parts are a "gift", although they do present a physical challenge.

He explained: "I go back knackered. Physically, you've had a good day's graft. But it's so much fun because, in real life, you'd never get away with throwing a f***ing glass at a wall. I love playing those kinds of characters.

"But also on the other side of it, with something like 'The Virtues'. For me, to be able to play a character like, that, who's really broken and vulnerable? Man, it was a gift."