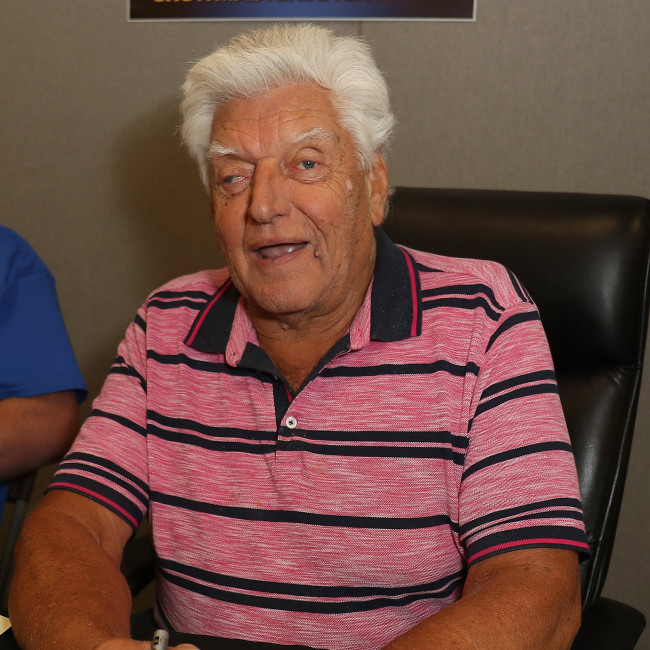 The former bodybuilder played Darth Vader in the original 'Star Wars' trilogy after being cast due to his imposing physique, although the iconic role was actually voiced by James Earl Jones.

Thomas Bowington, his agent, said: "May the force be with him, always! Though famous for playing many monsters - for myself, and all who knew Dave and worked with him, he was a hero in our lives."

Bowington added that Prowse's death - which followed a short illness - was a "truly and deeply heart-wrenching loss for us and millions of fans all over the world".

Prowse's acting career spanned more than 50 years, but he is best known for playing Darth Vader in the iconic sci-fi movies. He also featured in 'Clockwork Orange' and 'Doctor Who'.

Meanwhile, Prowse also enjoyed significant success as an athlete prior to appearing in the 'Star Wars' films, as he represented England as a weightlifter at the Commonwealth Games in the early 60s.

Around this time, he is said to have become close friends with rival bodybuilding competitors Arnold Schwarzenegger and Lou Ferrigno, both of whom subsequently became big stars.

Prowse even served as the physical trainer for the late Christopher Reeve as he prepared to take on the role of Superman.

The weightlifter-turned-actor also earned an MBE for playing the Green Cross Code Man, a role that saw him promote road safety in the UK.

Prowse was the face of British road safety for more than a decade and he became known for his "Stop, look and listen" catchphrase.

The actor, who was born in Bristol, spent his later years living in Croydon as "a loving husband, father and grandfather".