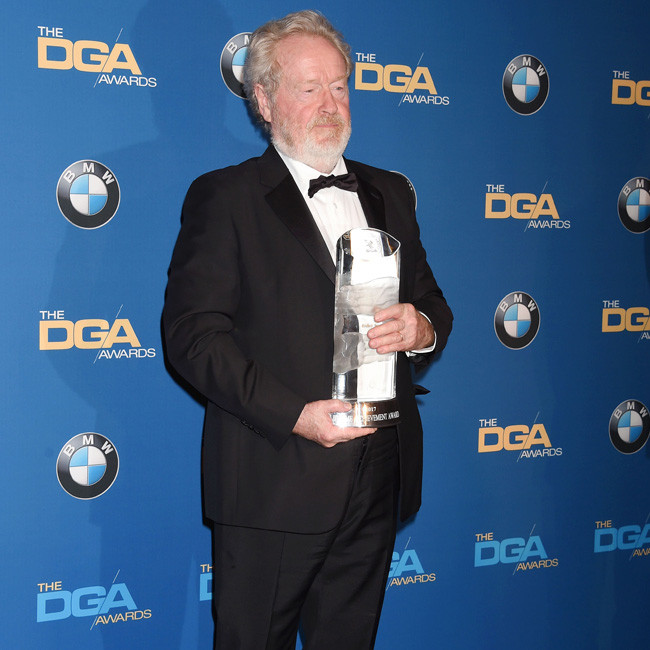 Sir Ridley Scott was the fifth choice to direct 'Alien'.

The 83-year-old director shot to fame after directing the iconic 1979 sci-fi horror movie but revealed that he was only able to get behind the camera due to others dropping out.

Ridley told The Guardian newspaper: "I wasn't first choice, I was fifth choice to direct 'Alien'."

The legendary filmmaker explained how he the late Robert Altman had been asked to direct the movie although he had little interest in helming a sci-fi flick.

Ridley - whose filmography includes cinematic classics such as 'Blade Runner', 'American Gangster' and 'Gladiator' - previously claimed that he believes that there is more "mileage" in the 'Alien' series.

The original film - which starred Sigourney Weaver and Sir John Hurt - spawned three sequels, including James Cameron's 1986 acclaimed action blockbuster 'Aliens', and Ridley's two prequels 'Prometheus' and 'Alien: Covenant' and he explained there are still stories to be told in the universe inhabited by the xenomorph creature.

He said: "I still think there's a lot of mileage in 'Alien', but I think you'll have to now re-evolve."

Sigourney, who played Ellen Ripley in the original motion picture, recently admitted that she is delighted that the first film still resonates with audiences more than four decades on from its release.

The 71-year-old actress said: "I think all of us on 'Alien' are very pleased the film still resonates with people."

She explained: "Ripley was written as a kind of everyperson, and it was unusual, then especially, not to have a woman go, 'Oh my goodness' (and be in distress). Ridley Scott did not want that, neither did I, and I think now we're so far from that in terms of women's strength and situation. We have a long way to go, but it's changing rapidly."