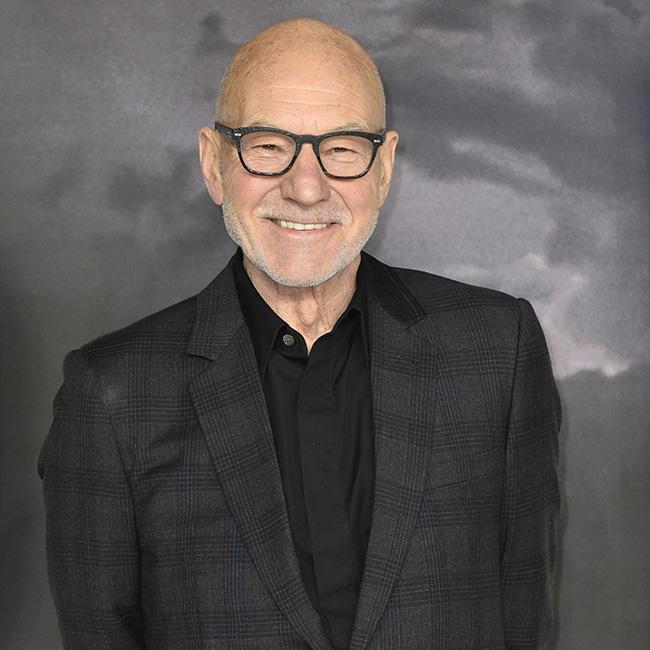 The 79-year-old actor has portrayed the telepathic mutant Charles Xavier in seven 'X-Men' films but his character was killed off in 2017's 'Logan'.

Patrick admits that the events of 'Logan' make it difficult for him to return to the role, although he has had discussions with Kevin Feige, chief creative officer of Marvel Entertainment, since Disney - who owns Marvel - purchased 21st Century Fox and acquired the rights to the 'X-Men' characters meaning they can now be part of the Marvel Cinematic Universe.

Speaking to Digital Spy, he said: "I met with Kevin Feige a couple of months ago and we had long, long conversations. And there have been moves and suggestions, which include Charles Xavier.

"Here's the problem ... If we had not made 'Logan', then yes, I would probably be ready to get into that wheelchair one more time and be Charles Xavier. But Logan changed all that."

Patrick admits he and his co-star Hugh Jackman - who played Wolverine eight times on the big screen - both got very emotional when they first watch 2017's 'Logan' because they knew it was the end of a journey they shared together.

Patrick explained: "The first time that Hugh and I saw the film in public was at the Berlin Film Festival, which is where the movie premiered. Shortly after Xavier's death scene, I found myself getting very emotional but I had to keep a hold of myself because we were sitting in the middle of this cinema.

"And then I saw Hugh's hand come up to his eye and wipe away a tear. I thought, 'Dammit, the bugger's crying. Oh, let it out Patrick.'

"Hugh took my hand, and we held hands with the last seven or eight minutes of the film because there were so many things we were upset about.

"In that sense, it was not just the deaths of those two men in the franchise, but it was also goodbye to our part in them as well."

Patrick's time as Professor X maybe up but he has reprised his other most famous role as Jean-Luc Picard in new Amazon Original series 'Star Trek: Picard'.

The highly-anticipated series is set 20 years after the events of 2002 movie 'Star Trek: Nemesis' and is a continuation of TV show 'Star Trek: The Next Generation' and Patrick admits it has been a joy to revisit the character that made him a Hollywood star.

The English actor - who attended the UK premiere of 'Star Trek: Picard' in London on Wednesday night (15.01.2) - said: "In April of 1987, my life changed almost overnight. Not a corner of my life was untouched by coming here to Hollywood and beginning work on 'Star Trek: The Next Generation'. And so, having these people with me yet again is thrilling."