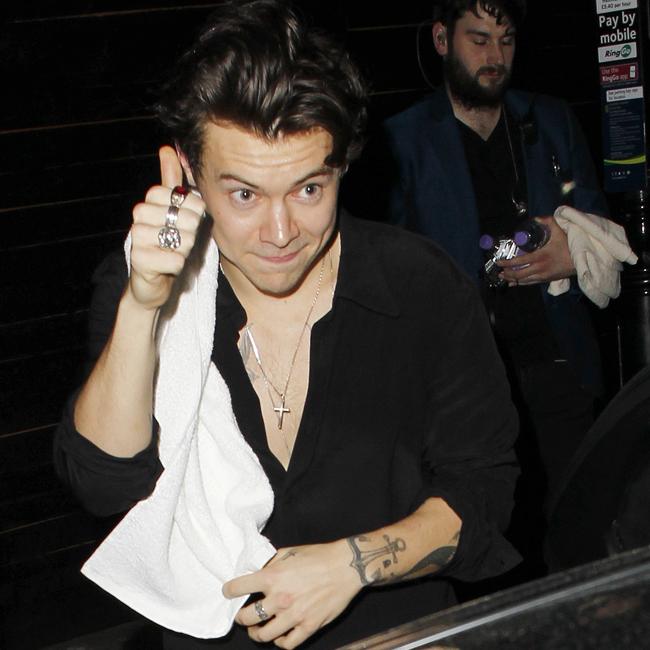 Shia LaBeouf has dropped out of 'Don't Worry Darling' - and will be replaced by Harry Styles.

The 26-year-old singer and actor is set to star in the Olivia Wilde-helmed project, where he will be taking on the role previously held by Shia LaBeouf, who has had to exit due to scheduling conflicts.

For Harry, the role comes three years after he made his acting debut in Christopher Nolan's 'Dunkirk', and he will be starring in the psychological thriller alongside the likes of Florence Pugh, Chris Pine and Dakota Johnson, as well as Wilde - who is directing and producing the flick - in a supporting role.

Details about 'Don't Worry Darling' are being kept under wraps, but the movie is believed to be set in an isolated, utopian community in the 1950s California desert and centers on a housewife who uncovers a disturbing truth about her seemingly perfect life.

Pugh is leading the ensemble as the housewife, but as of the time of writing no other information on the cast and their roles is known.

No shooting schedule has been set, but New Line hopes to get the project off the ground as soon as the lockdown restrictions imposed by the coronavirus pandemic have been lifted.

Prior to the pandemic, the movie was eyeing a late spring start.

The screenplay for the production is being penned by Katie Silberman - who was one of the writers on 'Booksmart' - using an initial script by Shane and Carey Van Dyke.

Vertigo Entertainment's Roy Lee and Miri Yoon will produce the flick, with Wilde serving as an executive producer alongside Silberman, Catherine Hardwicke, and Shane and Carey Van Dyke.

No release date has been set for 'Don't Worry Darling'.