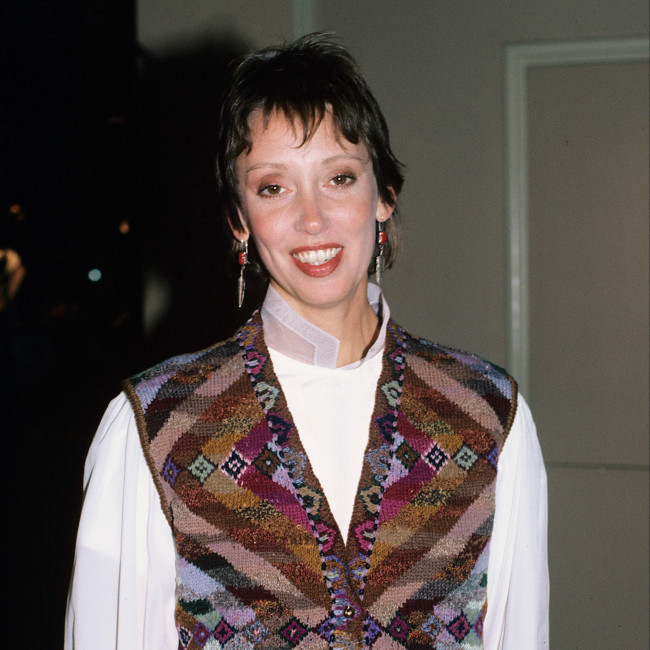 Shelley Duvall is returning to acting after 20 years.

It follows "a disturbed man who is tormented by nightmarish visions, after enduring head trauma while camping in the Catskill Mountains." Duvall will play the mother of Chiko's mentally ill character Rico.

Goldberg told Deadline: "We are huge fans of 'The Shining' and it’s honestly one of my favourite horror movies of all time, up there with John Carpenter’s 'Halloween' and George A. Romero’s 'Day of the Dead' with the dark tones they delivered in their movies, along with perfect scores and elements that make them my personal favorites.

"Shelley contributed to 'The Shining' being an absolute masterpiece by giving her all, and performing in a way that really showcased the fear and horror of a mother in isolation."

Duvall's last movie was the 2002 comedy 'Manna from Heaven', in which she played Detective Dubrinski.

The Hollywood star retreated from the spotlight in the 1990s.

She'd later appear on a controversial episode of 'Dr. Phil' in 2016, where she opened up on her mental health issues.

Last year, she opened up about her hard time filming 'The Shining' and claimed director Stanley Kubrick had a cruel "streak".

Although she insisted the filmmaker was always "very warm and friendly" to her and co-star Jack Nicholson, she also understood why he could be difficult.

Asked if she thought Kubrick had been unusually cruel or abusive towards her to drive her performance, she told The Hollywood Reporter: "He's got that streak in him. He definitely has that. But I think mostly because people have been that way to him at some time in the past.

"His first two films were 'Killer's Kiss' and 'The Killing'...

"He was very warm and friendly to me. He spent a lot of time with Jack and me. He just wanted to sit down and talk for hours while the crew waited. And the crew would say, 'Stanley, we have about 60 people waiting.' But it was very important work."

Duvall admitted making the 1980 horror classic was hard because the director insisted on multiple takes every time, and she eventually reached a point where she broke down in tears just at the thought of the day ahead.

She said: "[Kubrick] doesn't print anything until at least the 35th take. Thirty-five takes, running and crying and carrying a little boy, it gets hard. And full performance from the first rehearsal. That's difficult..

"[Before a take I would] listen to sad songs. Or you just think about something very sad in your life or how much you miss your family or friends.

"But after a while, your body rebels. It says: 'Stop doing this to me. I don't want to cry every day.' And sometimes just that thought alone would make me cry.