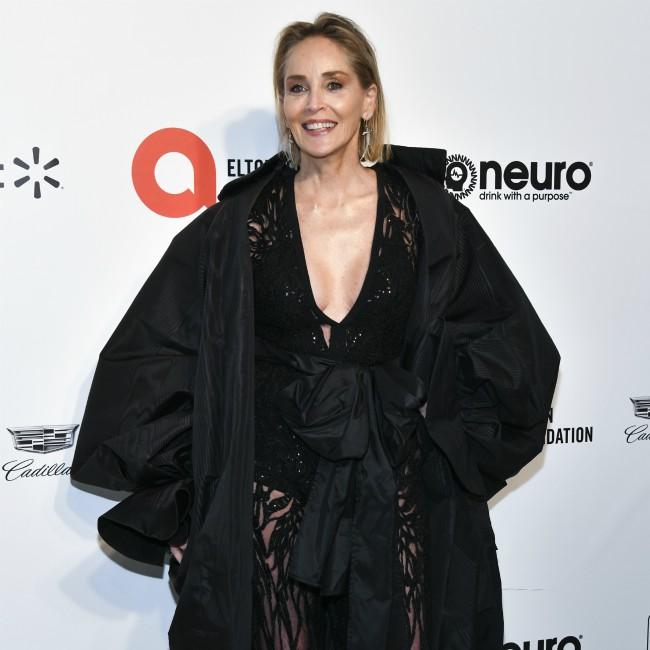 Sharon Stone's first topless scene was a "nightmare" because one of her co-stars was trying to ogle her breasts from the sidelines.

The 62-year-old actress was feeling "terrified" before she stripped for 'Irreconcilable Differences' and her nerves were made worse by the fact she didn't get to do so on a closed set, so had crowds of people gathered to watch her.

Speaking to Attitude magazine, she said: "When I did my first movie which was 'Irreconcilable Differences', I had a topless scene. And they didn't even clear the set. Everybody's on set, like a million people on the set.

"And I'm so terrified. You know when you can hear your heartbeat in your ears? That's all I could hear. And I hear him scream, 'Get out of the way, I can't see her f***ing t***.'

"I'm just like, talk about no intimacy co-ordinator. It was such a nightmare. I mean, when they asked me if I had any #MeToo experiences...."

The 'Casino' star claimed she experienced a lot of prejudice in her early career because she was "beautiful" so people just wrote off her talent.

She said: "My whole career has been about how all my performances are accidents. It's the whole thing about the way women are marginalised.

"Especially if you're beautiful, which when I was a young girl, I have now recognised that I was a beautiful young actress and there's a great deal of prejudicial behaviour about being talented and beautiful.

"And any degree of success was not something that was OK. You couldn't be all that, and smart too. It wasn't OK.

"Now that I'm older, it's like, it's OK for me to be smart and have been beautiful or have had some successes.

"But now the world is opening [up]. You can be a woman you can be gay, you can be of colour, but we're fighting for all these things. We're fighting in the streets as people in positions of power are still really overtly trying to suppress women, gays and people of colour."

And Sharon struggled to find work once she turned 40, despite her success.

Discussing her critically-acclaimed performance opposite Robert DeNiro in 'Casino', she said: "It's very, very liberating, but it's not that liberating when you're a 40-year-old woman in Hollywood and you do that and then everybody... there's nowhere to go. Nobody hires you.

"You're nominated for the Oscar for a Scorsese film opposite De Niro and then you don't get any jobs because you're 40.

"And everybody treats you like, every time you do a great job, it's a fluke because you're, like, the character in 'Basic Instinct', a serial, sociopathic lesbian killer, or somehow it's a fluke that you work with DeNiro and Scorsese."