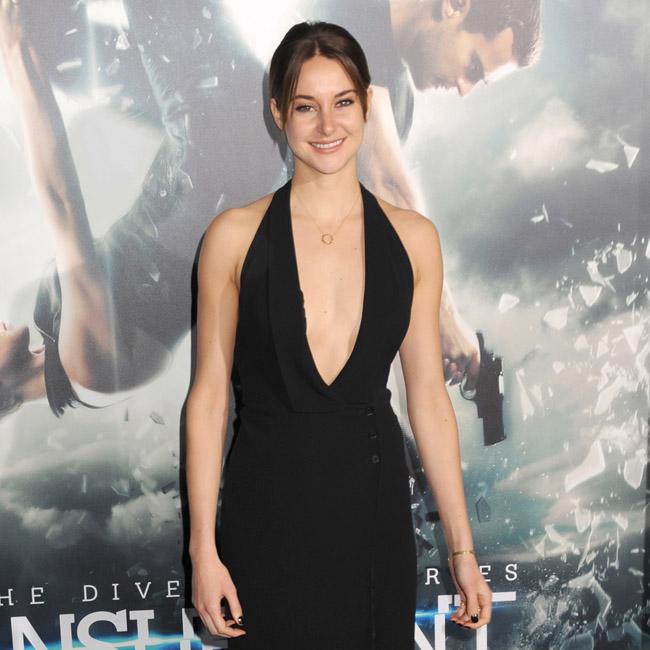 Shailene Woodley is "vulnerable and emotionally naked" in her new movie 'Endings, Beginnings'.

He told Collider: "Oh, man, every day I just got more and more excited. I haven't seen everything that she's done, but I really felt like she was pushing herself to do something totally different than she'd done before, and in a totally different way. That was just exciting for me, to be able to be a part of something new for her. It felt like she was being vulnerable and really emotionally naked, in a way.

"So, for me, watching her see that she enjoyed that and that she was proud of that and that she wanted to explore that was what was so inspiring to me, every day. That's what gets me out of bed in the morning. It's about working with actors, and working with actors who want to do that, who want to be surprised, and who want to surprise themselves essentially. To me, that's heaven. That's everything. She just made it so enjoyable. She's so kind, so smart, and so thoughtful that it just makes the experience so easy. And then, the crew and the rest of the cast took her lead and that energy permeated through the entire shoot and set, and it just made it so enjoyable."

And Drake was equally impressed with Dornan and Stan.

He said: "Jamie and I did this little Hugo Boss short film/fashion/perfume ad thing, a couple of years ago, and hit it off. I thought he was really special and great, and wanted to do a movie with him, so I was like, 'Oh, this is the perfect opportunity to put him in something where he can really thrive and do what he does best,' which is really doing something really subtle and nuanced. So, that was a no-brainer for me.

"And then, I'd been a huge fan of Sebastian's and thought he was a chameleon, and just loved him in stuff that I'd seen him in and really wanted to work with him, so we met and it was love at first sight, for both of us. We were just like, 'Oh, my god, we have to create together and get in the mud.' We had such a long, deep, interesting, emotional conversation, the first time we got together, and I just really wanted to work with him."