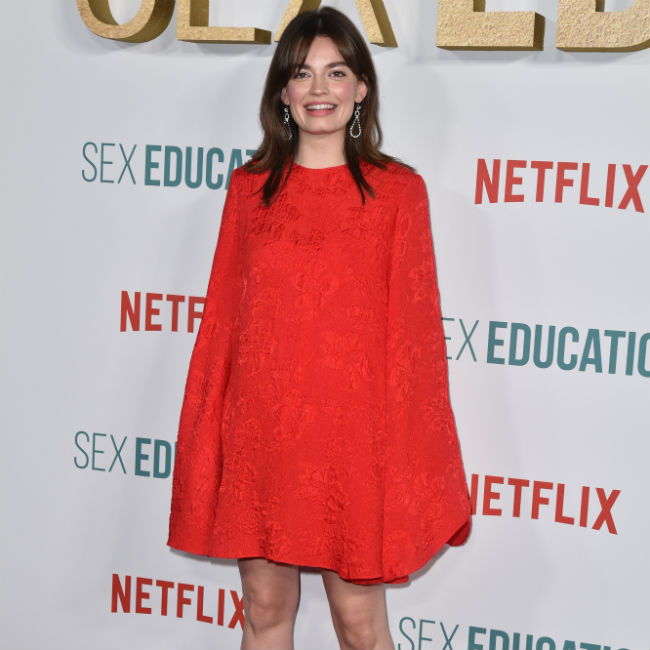 'Sex Education' star Emma Mackey is to star alongside Margot Robbie and Ryan Gosling in the live-action 'Barbie' movie.

The 26-year-old French-British actress - who shot to fame after landing her breakthrough role as Maeve Wiley on the Netflix comedy-drama - has landed a top-secret role in the flick based on the Mattel doll starring Margot, 31, as the titular character and Ryan, 41, as Ken.

A source told The Sun newspaper's Bizarre column: “Emma is one of the brightest stars to come out of 'Sex Education'. The series was a break­through into the industry for her, and as Maeve she made waves.

“Emma’s name has become hot property and everyone wants a piece of her. She was Jacqueline De Bellefort in the new film version of 'Death On The Nile' and plays Emily Bronte in the biopic about the writer’s life, which is out this year.

“And after she auditioned for Barbie she was snapped up. The directors think she will fit in perfectly with Margot and Ryan.

“Emma’s role is being closely guarded but it’s a big part and will really cement her evolution from small-screen actress to big-screen star.

“It is a really exciting time for Emma and she cannot wait to get started on the production.”

The film is being helmed by Greta Gerwig and her partner Noah Baumbach helped to pen the script for the project.

Margot will produce via her LuckyChap production company alongside her husband Tom Ackerley.

The lead star previously suggested that audiences will be given "something totally different" to what they will be expecting from a film based on the famous doll.

Margot said; "Something like Barbie where the IP, the name itself, people immediately have an idea of, 'Oh Margot is playing Barbie, I know what that is', but our goal is to be like, 'Whatever you're thinking, we're going to give you something totally different – the thing you didn't know you wanted.'"