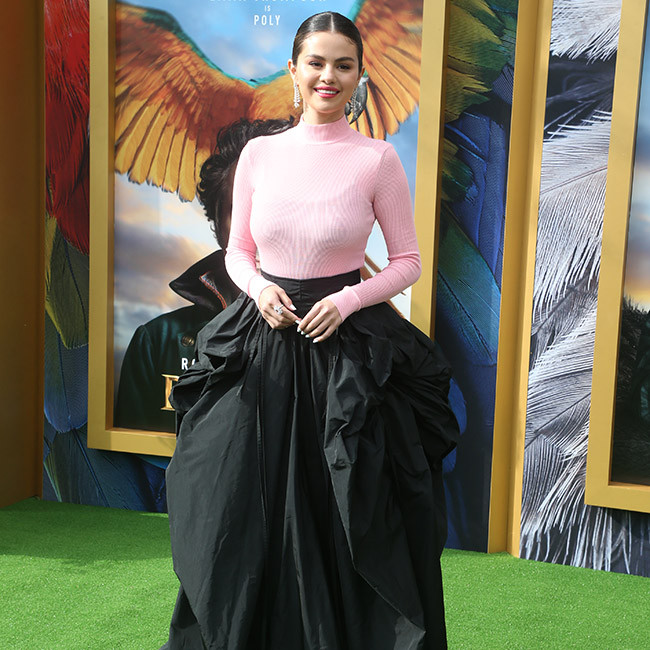 Selena Gomez to play mountaineering pioneer in a new film

The 28-year-old actress is to star in a biopic about Lavado, who became the first Peruvian woman to reach the summit of Mount Everest and the first openly gay woman to complete the Seven Summits, a challenge to climb the highest mountain on every continent.

Lavado is also the founder of Courageous Girls, an organisation that helps survivors of sexual abuse and trafficking and has set up excursions for survivors to the Mount Everest base camp.

The flick, titled 'In The Shadow of the Mountain', is being written and directed by Elgin James and is based on Lavado's upcoming memoir of the same name.

Selena is producing the movie through her July Moon Productions and will be joined by Scott Budnick and the Academy Award-winner Donna Gigliotti.

Gigliotti said in a statement: "Silvia is a force of nature. Scott and I are so excited to work with Elgin and Selena to tell this story of resilience, courage, adventure and humanity."

Budnick added: "We are thrilled to get to work bringing Silvia's incredible and inspiring story to life onscreen."

Selena, who became a household name in the Disney series 'Wizards of Waverly Place' recently explained that she would love to play the lead role in an action film – in a similar manner to Charlize Theron as Furiosa in 'Mad Max: Fury Road'.

She said: "I always thought it would be fun to play a real bada**.

"I look at somebody like Charlize Theron in 'Mad Max: Fury Road' and think that seems so much fun!"