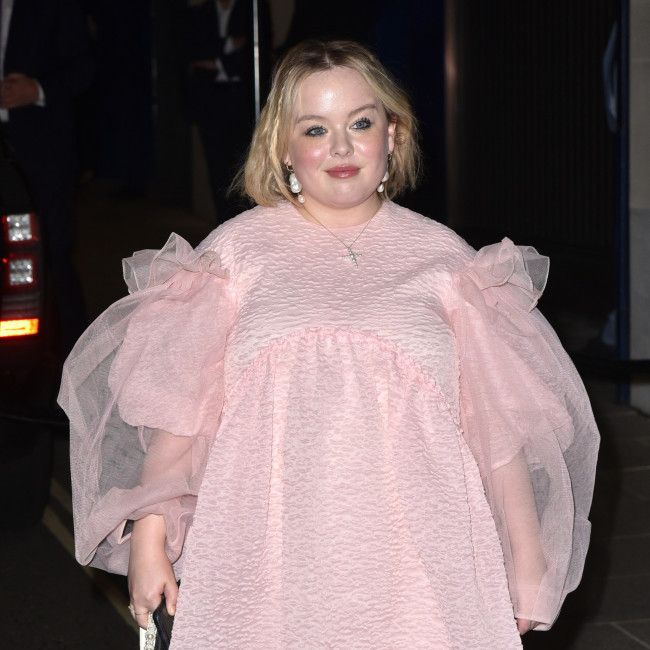 Aimee Lou Wood, Nicola Coughlan and Nick Frost have been cast in 'Seize Them!'

The upcoming historical comedy is set during the Dark Ages and following the egotistical Queen Dagan (Wood) after she's lost her throne in a revolution led by the rebellious Humble Joan (Coughlan), and now the cast list has been revealed.

As well as the 'Sex Education' and 'Bridgerton' stars, the film will also feature the talents of 'Ghosts' actress Lolly Adefope as Shulmay, 'Hot Fuzz' actor Frost as Bobik, and W1A's Jessica Hynes in an yet yet unconfirmed role.

The movie - set to be directed by Curtis Vowell and written by Andy Riley - has recently started principal photography in London.

Filming is expected to take over six weeks in Kent and Wales.

Damian Jones - who will produce alongside Matthew James Wilkinson - commented: "We are very excited to be working with the funniest young actresses around today in Aimee, Lolly and Nicola as well as the epic Nick Frost and Jess Hynes.

"Backed by one of the best distributors in the UK in Nigel Green and EFD, we feel privileged to be bringing this project to the big screen."

And Frost admitted the project was too tempting to resist.

He added: "The chance to shoot in Wales, the land of my fathers, with Aimee and Lolly saying the terrific words, out loud, that Andy Riley has written, was a sweet temptation I found hard to resist."

Although plot details are largely being kept under wraps, the movie will see Queen Dagan as a fugitive in her own country as she attempts to win back her throne on a journey of harship and some self-reflection.

She'll have her servent Shulmay and Bobik by her side as she looks to battle her way back to her rightful place.