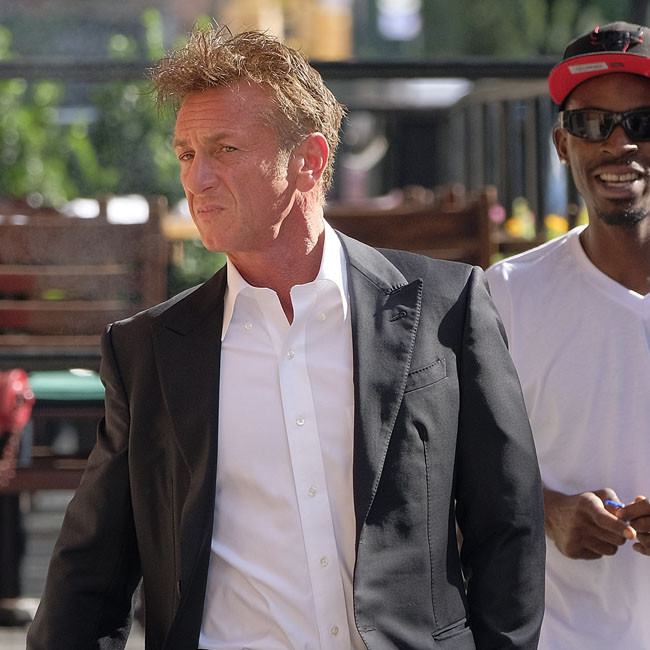 The 60-year-old actor has stepped behind the camera for 'Flag Day' and also stars in the film alongside his real-life children, Dylan and Hopper Penn, but he's admitted having two jobs to do on one project isn't something he's keen to repeat.

He said: "I had never, ever thought to direct myself in any movie and I don’t know that I would think to do it again.

It’s as burdensome as I thought it might be.

"When I see other people doing it, I say to myself, I don’t know how the hell they do it. I’ve seen people take on large-scale things, like Bradley Cooper and Ben Stiller, and my hat’s off to them. "

However, the 'Milk' star admitted having his daughter Dylan - whose mother is Robin Wright - in the lead role made the experience easier.

He added to Deadline: "But what I did have here that was so unique, was my daughter. And, like you said, at a time of her having the chops.

"This [movie is informed by] a life of her coming home from school and telling me stories and bringing forward the characters from school, not in mimicry but in that kind of connected sense where you really felt who that person was, and I think that’s in essence the instincts of an actress.

"Long before she would have admitted any interest in acting, I just always thought she was an actress. But it wasn’t until we got to set that there were some major WTF moments on the kind of truth machine that she can be."

Sean admitted there were "challenges" to directing his daughter because of their familial bond, but it was also "really thrilling" because he was so impressed by her work.

"Of course, the amount of pride I got to experience on a daily basis, whatever day she may have had… Let me put it this way, I was working with a director recently who said that there are only three thoughts an actor has after doing a take and the director’s approaching them with notes. It’s, f*** you, I suck, and what was that note again?

"But at the end of that day, I’m seeing her give that great performance, and I do think I was able to be helpful a lot of times, but also a lot of times she had such an immediate instinct. She’s a very intuitive person, and therefore an intuitive actress.

"But it was thrilling, you know, the end of those days, having collected the footage of the things she was putting out there. Really thrilling."