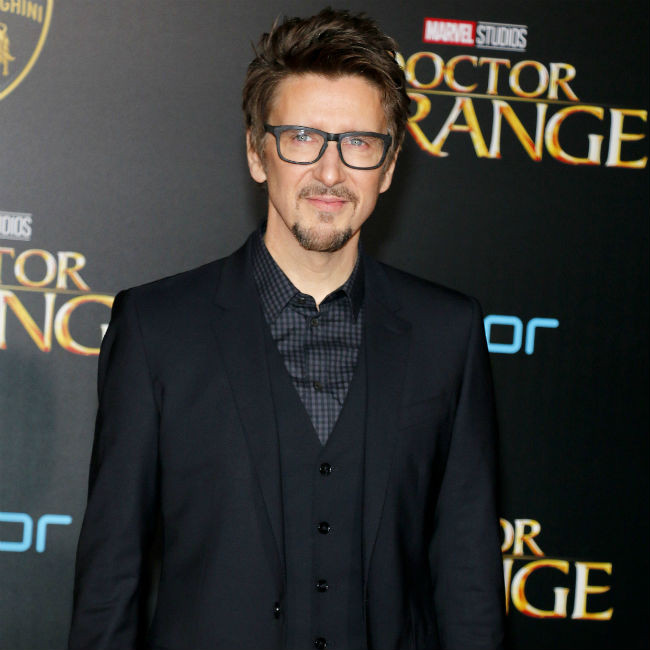 Scott Derrickson refused to give more backstory for The Grabber in 'The Black Phone'.

The 56-year-old director is at the helm of the new horror flick - which stars Ethan Hawke and is based on Joe Hill's short story of the same name - and he wouldn't back down despite the studio and audiences wanting more details.

He told The Daily Beast: "When we test-screened the movie, everybody in the audience said, we want to know more about The Grabber.

"The studio really asked me, 'Can you at least try writing something that we could reshoot that would explain him more?'

"And I said, 'No, I won’t do that'. I said, 'It’s great that they want to know more about The Grabber — that’s wonderful'. But I said that if you explain who he is, he’s going to be way less interesting."

The 'Doctor Strange' filmmaker pointed to iconic big screen villains like The Joker and Hannibal Lecter as perfect examples of the idea that less can be more.

He explained: "For the creation of a good iconic horror villain, I think it’s a requisite [to embrace the unknown]. You know, Heath Ledger’s Joker is a guy in a mask, essentially, and when he says to the people he’s terrorizing, 'You wanna know how I got these scars?', the answer is no!

"Imagine if there was a scene in 'The Silence of the Lambs' that explained why Hannibal Lecter eats people? It would ruin that villain. There’s mystery that you need, and there’s mystery to characters like this."