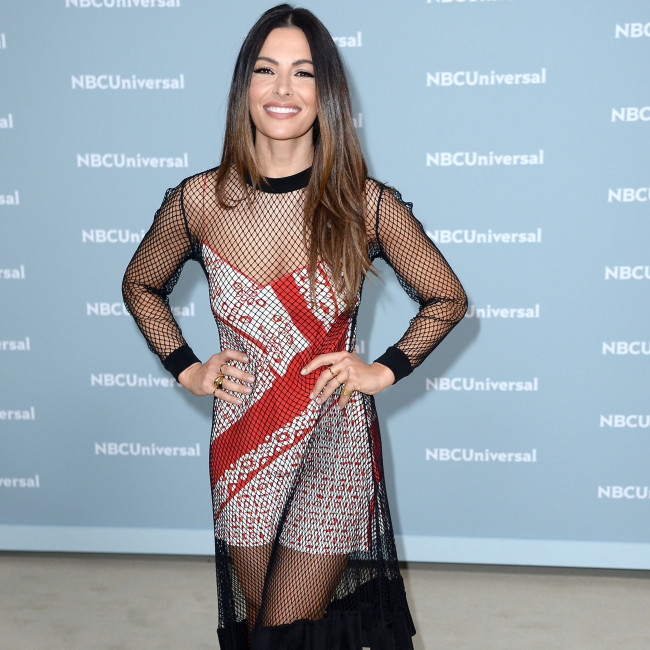 Sarah Shahi has joined the cast of 'Black Adam'.

The 40-year-old actress will star opposite Dwayne 'The Rock' Johnson in the DC Extended Universe flick, which focuses on the villain who is a constant nemesis for Shazam.

Sarah will play the role of university professor and freedom fighter Adrianna Tomaz, who becomes superhero Isis in the comic books.

Plot details are being kept under wraps, although Dwayne will play the titular character and the release has been delayed indefinitely due to the COVID-19 pandemic.

It was revealed last month that Aldis Hodge had been cast in the role of Hawkman, which marks the character's debut in the DC Universe, with Johnson teasing his role in a recent fan event.

The 48-year-old star narrated in character: "I have a knack for destroying bullies, but there are some who think I need help.

"Hawkman, Doctor Fate, and their new recruits: Cyclone and Atom Smasher. They call themselves the Justice Society, an organization that believes in fighting for truth and justice.

"Well, I'm going to teach them that the only beliefs I fight for are mine. Welcome to truth, justice and the Black Adam way."

Dwayne has long hoped to play the role of Black Adam and previously revealed that he had been attached to the project for more than a decade.

The WWE star turned actor explained: "Black Adam has been with me for over 10 years now. That gives you an idea of how passionate I am about this project.

"It was 2008 was when we first started talking about this. So it has required patience by all of us.

"I'm a much different man and actor than I was ten years ago. Even then, ten years ago, I just wanted to wait for the timing to feel right. And it feels like now, the man that I've become, I'm able to bring a little bit of my own life lessons and philosophies and engrain them in the DNA of this character."

The 'Black Adam' movie will set the character on a collision course with Shazam - played by Zachary Levi in the 2019 DC blockbuster - in a future movie.