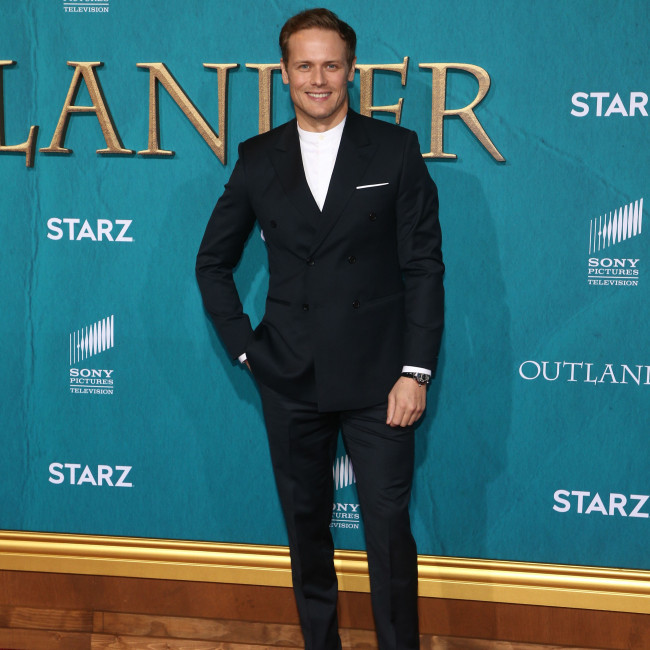 The 40-year-old actor plays former Special Forces soldier Tom Buckingham in the new flick and has compared his alter ego to the character played by Bruce Willis in the iconic action franchise as they are often fighting alone.

Sam said: "It was, I think, the forefront of our thoughts; especially when Laurence Malkin, the writer, was writing it.

"But yeah, absolutely. And then add a bit of Bourne, maybe a bit of Bond. It has kind of all of these links."

The film is based on former operative Andy McNab's novel of the same name and Sam admits it is "terrifying" to gain an insight into the way the military operates.

He told the website Collider: "It's based on Andy McNab's kind of experiences, and his book as well. It's very much the world that we live in, it's set in the present day. This is how the military and the government operate, which is kind of terrifying."

Despite his John McClane comparisons, James Bond is the action icon that Sam dreams of playing.

The 'Outlander' star has been tipped as a possible successor to Daniel Craig – who is set to make his final appearance as the iconic spy in the delayed 25th Bond movie 'No Time To Die' – as 007 and revealed that he would jump at the opportunity if it comes along.

Sam said: "I don't think any actor would ever say no. If I was asked to audition for it, I would be delighted."

Heughan previously tried out for the role of Bond before Craig was cast and recalled the "surreal" experience of seeing a prop from 'The Man with the Golden Gun' as he met with franchise boss Barbara Broccoli.

He said: "I met Barbara Broccoli and ('Casino Royale' director) Martin Campbell. I did a scene and they had the gun from 'The Man with the Golden Gun' on the table and I remember thinking, 'Wow, this is incredible.' It was surreal. He's a character we've all grown up with."