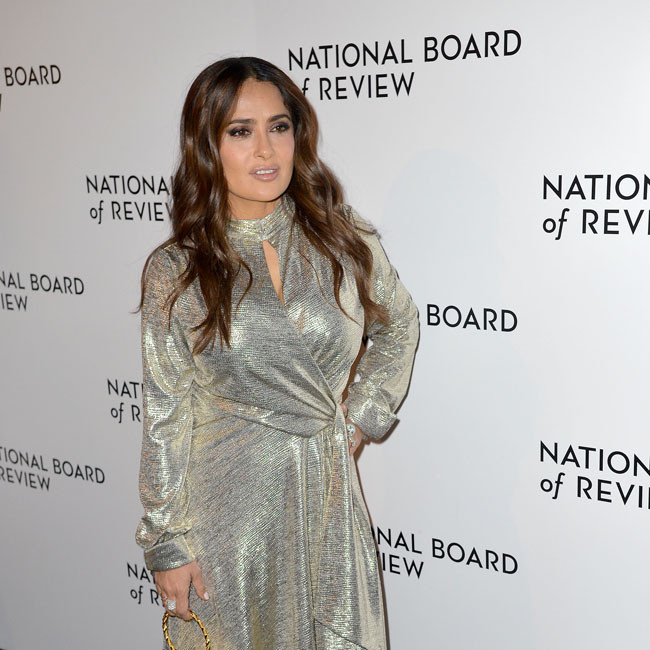 Salma Hayek didn’t want to sign up for ‘The Roads Not Taken’ because of her friendship with co-star Javier Bardem.

The 54-year-old actress was worried she would “spoil” the relationship she has with the Spanish actor and his wife, her best pal Penelope Cruz, in real life by agreeing to play the first wife of his dementia-sufferer character.

She said: "I always say, 'If you want to spoil a friendship, you either borrow a friend's money or play with him in a movie.”

The pair initially didn’t find it “easy” depicting a new dynamic and Penelope even warned them she didn’t think the project would work out when she visited the set early in filming.

Salma recalled: “It wasn't easy because we had to yell and scream at each other.

“I remember the first time I came to the set - me and Javier went to have lunch and called Penelope, laughing and making faces.

“She watched it and then said, 'You won't succeed guys.’ "

Fortunately, Salma and Javier were able to turn things around and successfully play the right relationship on screen.

She said: “But the next day, we left our trailers, stepped in front of a camera and Javier was Leo and I was Delores.

"We transformed into the actors who first met on this set, just two strangers doing our job."

The ‘Frida’ actress – who has 12-year-old daughter Valentina with husband Francois-Henri Pinault – is grateful that not only is she receiving more offers of work as she’s got older, the roles are getting better and better.

“Everything around me seems so new, so many wonderful things have happened in the past couple of years."