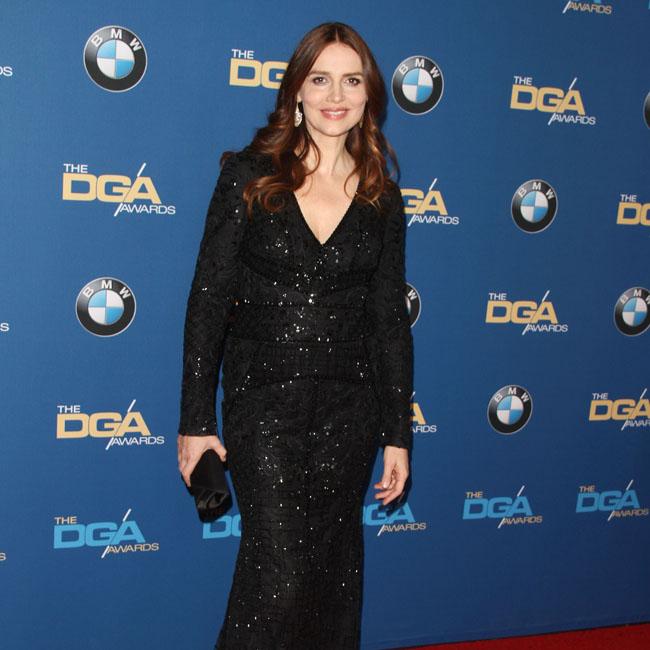 The 47-year-old former model-turned-actress has gone behind the camera for Lorien Haynes project 'Everything I Ever Wanted to Tell My Daughter About Men' - 24 short films directed by 21 women - and was delighted to discover she has the skills to pull it off.

She said: "When I look back on the last few months of my life, I'm amazed.

"I had no idea that I'd direct two short films, nor how the experience would expand exponentially, going into the editing room and loving it, asking Sia to sing on the score and seeing her being moved by the film, and being even more ambitious and nerdy going into the second film.

"It appears part of my brain is quite logistical."

The 'Mozart in the Jungle' actress is always driven by the opportunity to expand her knowledge.

She told Psychologies magazine: "Modelling from such a young age, I didn't have the chance to go to university.

"Ever since, I have been desperate to learn and I take every opportunity to do so.

"When I was filming 'Troy', for example, I was doing an Open University degree in politics, English and French."

And Saffron - who has children Dashiel, seven, and Daisy, three, with ex-wife Alison Balian - relishes finding new paths where she doesn't feel "underestimated or patronised".

She said: "My desire for learning is even greater as I grow older. For any woman who grew up feeling underestimated, it's an extraordinary feeling, in your 40s, to find new avenues where you don't feel underestimated or patronised, that you don't have to be seductive to get somewhere, that you have to be anything other than who you are, that you can use all your brain power to think about a project and not hold back, that you're not stopping yourself from having ideas and making suggestions."