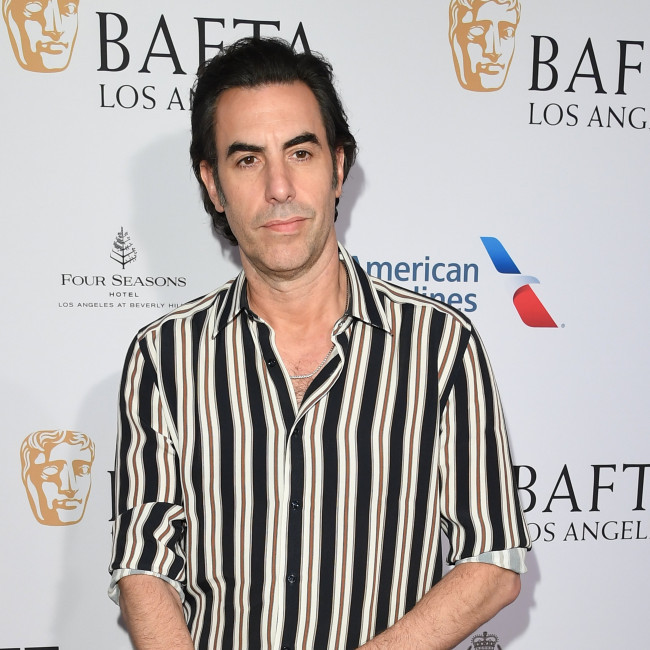 Sacha Baron Cohen is set to receive the Outstanding Performer of the Year Award at the Santa Barbara International Film Festival.

The 49-year-old actor will be recognised for his portrayal of activist Abbie Hoffman in Netflix drama 'The Trail of the Chicago 7' and his 'Borat Subsequent Moviefilm' sequel, in which he reprised his titular role as the fictitious Kazakhstani journalist, at the annual awards ceremony on April 7.

SBIFF’s Executive Director Roger Durling hailed the movie star for being "able to capture our interest, our imagination as well as the zeitgeist”.

He added that: "His work in both films is timely, urgent and nuanced.”

Sacha added: “It’s an honour to be recognised and to stand in the company of such incredible past recipients.

“I’m very grateful to Roger, SBIFF and everyone who believes that cinema, whether drama or satire, can shine a light on injustice and bigotry and even provide a laugh or two along the way.”

Last year, Adam Driver and Scarlett Johansson were honoured with the accolade for 'Marriage Story'.

Meanwhile, Sacha recently declared he has no plans to play Borat on screen again.

In the movie, Sacha disguises himself by dressing up as the former President of the United States to gain entry to the Conservative Political Action Conference.

Borat was there to offer up his daughter to Vice President Mike Pence for the scene in the film.

He said: “I brought Borat out because of Trump. There was a purpose to this movie, and I don’t really see the purpose to doing it again.

“So yeah, he’s locked away in the cupboard.”