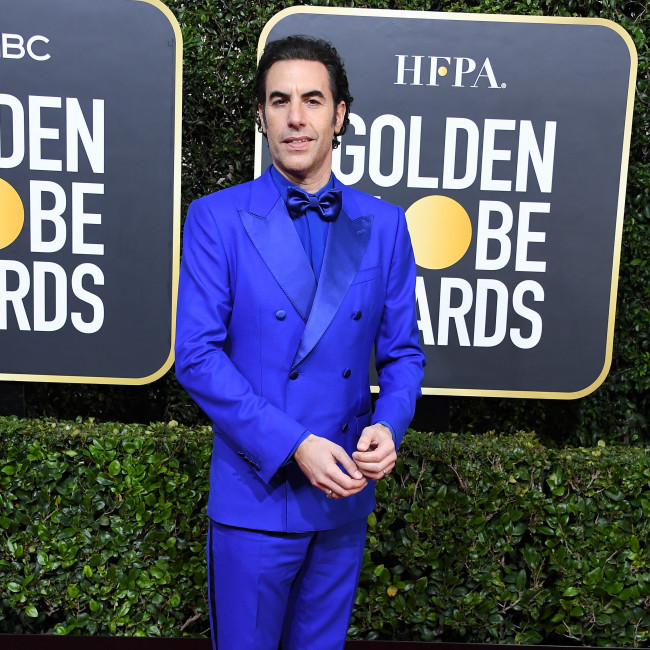 The 48-year-old comedy star has reprised his titular role for a second movie, following 2006's 'Borat: Cultural Learnings of America for Make Benefit Glorious Nation of Kazakhstan', and revealed the most difficult part of filming was having to remain in character with "two conspiracy theorists" living with him.

In an interview with The New York Times, he said: “The hardest thing I had to do was, I lived in character for five days in this lockdown house. I was waking up, having breakfast, lunch, dinner, going to sleep as Borat when I lived in a house with these two conspiracy theorists. You can’t have a moment out of character."

The Hollywood star also revealed how he snuck into Vice President of the United States Mike Pence's rally dressed as President Donald Trump.

Cohen explained that security had to “check everyone’s bodies going through. Bear in mind, I spent five hours in makeup that morning with the prosthetic team changing my face into Trump’s face. This fat suit is huge. It’s a 56-inch fat suit to turn my waist into Trump’s because we had estimated that was the most realistic.”

Cohen recently shared how he feared for his life when he turned up to a gun-rights rally whilst filming the upcoming sequel.

He shared: "While filming my latest 'Borat' film, I showed up as a right-wing singer at a gun-rights rally in Washington State. When organisers finally stormed the stage, I rushed to a nearby get-away vehicle."

However, Cohen's attempts to leave were thwarted by an angry crowd who "started pounding on the vehicle with their fists".

The comedian added: "Under my overalls, I was wearing a bulletproof vest, but it felt inadequate with some people outside toting semiautomatic weapons. When someone ripped open the door to drag me out, I used my entire body weight to pull the door back shut until our vehicle manoeuvred free."