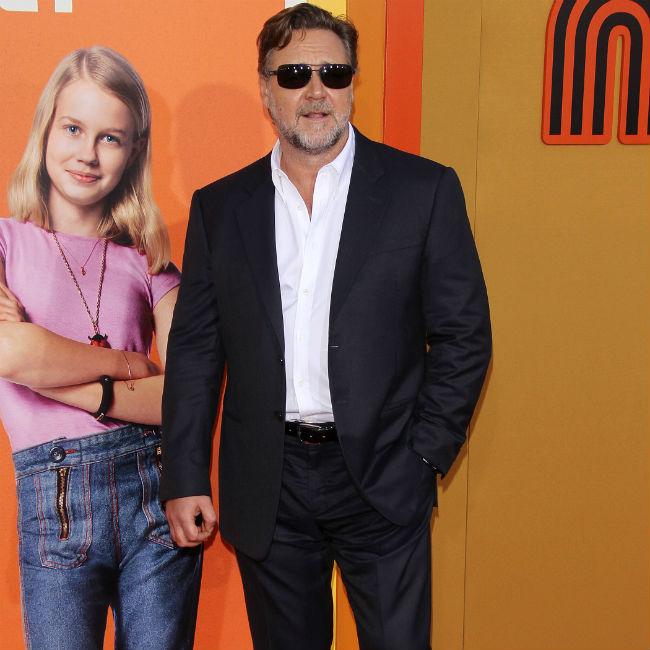 The 56-year-old actor is being lined up to play a mobster in the Paramount movie, which is based on the 2009 French film 'A Prophet' and will be helmed by 'Blue Story' director Andrew 'Rapman' Onwubolu with a screenplay written by Dennis Lehane.

As reported by Variety, 'American Son' tells the story of man who falls under control of Russell's mobster in prison.

The man then builds a crime syndicated and takes down his mentor, earning respect in the criminal underworld as a result.

According to sources, casting to find the film's protagonist is set to begin shortly, while Neal H. Moritz and Toby Jaffe will serve as producers.

'A Prophet' follows an Arab man who becomes a mafia kingpin in jail, with the original motion picture held in high regard by critics, having won a prize at the Cannes Film Festival in 2009 and being nominated for an Oscar the following year.

Meanwhile, Crowe won an Academy Award for Best Actor for as Roman general Maximus Decimus Meridius in 'Gladiator' in 2001 and recently revealed while he was unconvinced by the film at first, he was intrigued when producer Walter Parkes told him Ridley Scott would be directing.

He said: "I'd read the script and I thought it wasn't a movie. But then Parkes said, 'It's 184 A.D., you're a Roman general, and you're going to be directed by Ridley Scott.'

"And that was enough for me to want to talk to Ridley."

Crowe - who was reflecting on the 20th anniversary of 'Gladiator' - admitted that it took a lot of work to get the right look for the role, having played the role of Dr. Jeffrey Wigand in 1999's 'The Insider'.

He explained: "I was just coming off the shoot of 'The Insider'. I was gigantic.

"I had no hair because I had been wearing a wig on that movie, so I had shaved my head to make it more comfortable and the wigs go on quicker. I didn't look like any Roman general."