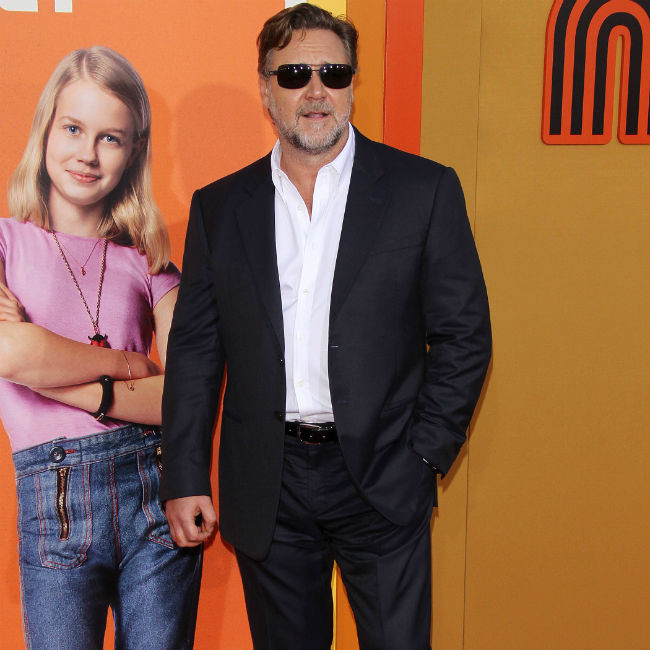 Russell Crowe has hit back at social media criticism of 'Master and Commander: The Far Side of the World'.

The 56-year-old actor starred in the 2003 war epic as Captain Jack Aubrey and replied to a tweet suggesting that Peter Weir's movie was a good "sleep aid".

The original Tweet read: "Lots of folk complaining about lack of sleep during the pandemic. May I recommend 'Master and Commander' starring the usually captivating, attention-grabbing Russell Crowe. I've never made it past the 10 minute mark. You're welcome. And thanks Russell. (sic)"

The Oscar-winning star replied with a fierce defence of the flick, describing it as "brilliant" and lauding the "incredible cinematography".

Russell wrote on the platform: "That's the problem with these kids these days. No focus.

"Peter Weirs film is brilliant. An exciting, detail oriented, epic tale of fidelity to Empire & service, regardless of the cost. Incredible cinematography by Russell Boyd & a majestic soundtrack. Definitely an adults movie (sic)."

Meanwhile, Russell previously explained how he owed his Hollywood career to Sharon Stone, because of her determination to get him a part in the 1995 film 'The Quick and the Dead'.

The 'Gladiator' star recalled: "It took me probably about 18 months or more, and literally hundreds and hundreds of meetings, before I actually got an American gig. I only got it because Sharon Stone had seen a movie I was in.

"She was kind of in a sword fight with the male producers on the film. She just put her foot down and said, 'I'm going to hire the person I want to hire as the love interest.'

"If it wasn't for her strength of commitment, I don't know how long it might have been before I got an American movie. I've got a lot to thank her for."