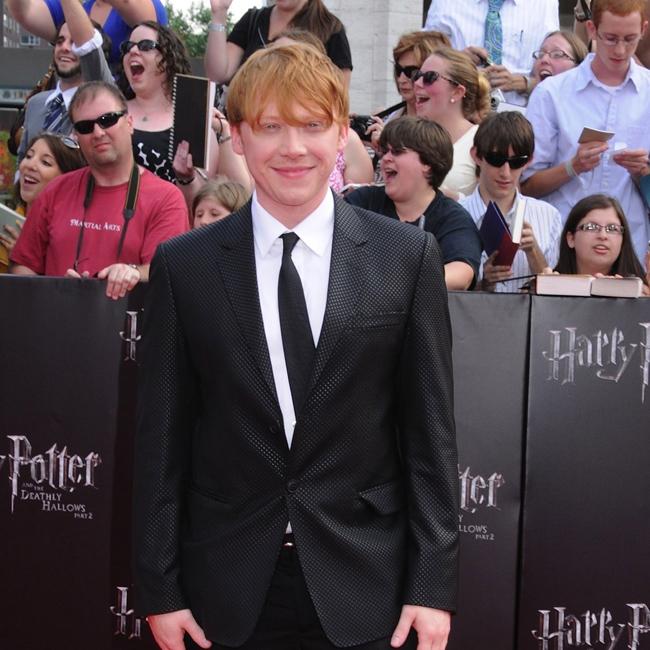 Rupert Grint never watches himself in the 'Harry Potter' movies.

The 31-year-old actor played Hogwarts student Ron Weasley in the wizarding franchise but has confessed he had never re-watched himself in the movies until 'The Philosopher's Stone', the first film in J.K. Rowling's story, was aired on television last Christmas because he wants to move on from the series.

Recalling his unplanned viewing, he said: "It was actually ... fine. I don't know why I hadn't, but I think because it was the first one there had been enough time to detach myself from it and actually enjoy it. But I don't think I'll be doing a (viewing) marathon any time soon."

Rupert - who was just 10 years old when he first played Ron - admits he has a "different level of ambition" when it comes to his career compared to his 'Harry Potter' co-stars Daniel Radcliffe and Emma Watson, who have since gone on to establish themselves in Hollywood, and does not feel a need to compete with the pair.

He said: "It's not so much competitive because I have a very different level of ambition. I've always valued my free time, thinking you have to live a bit as well."

Rupert also opened up on his role in the psychological horror series 'Servant', which tells the story of a couple grieving after the death of their baby son and their decision to replace him with a "reborn doll".

He admits he was attracted to his role in the show by the plot's "dark energy".

Rupert said: "It's a ride, isn't it? It almost read like a play, as it's all in one house. It had this dark, heavy energy to it. Particularly in the nursery. You felt a real sense of relief when you left it for the day.

"It's a story about grief, really. And I'm not a dad but it does really tap into that primal fear about how precious babies are."