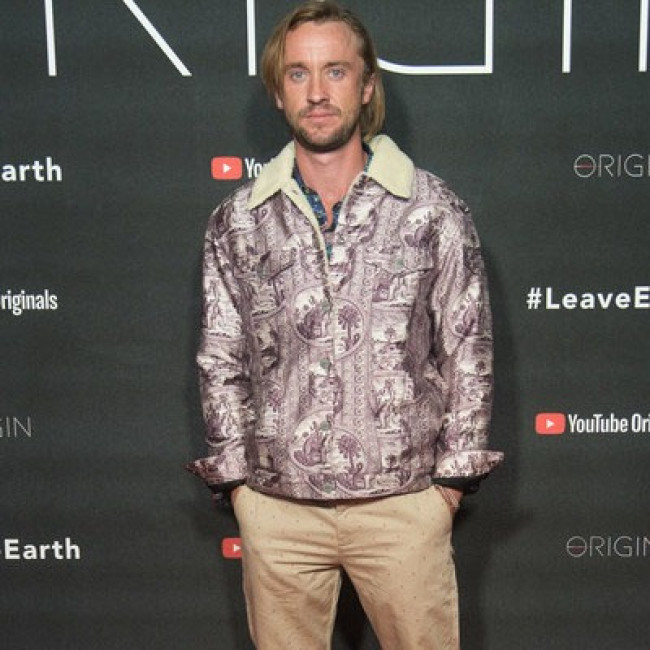 The trio have boarded Giles Borg's movie, which is described as a "drama about greed and the repercussions it has on the soul". Luke Newberry, Mark Williams and Olatunji Ayofe will also star.

'Lead Heads' centers on "a group of men, strangers to one another but all corrupted by greed, who, in their desperation, are drawn together for one night to play a game that may cost them both their souls and lives".

The script has been written by Patrick Makin with Lawrence Steven Meyers, Randy Dannenberg and John Evangelides.

Principal photography on the project will begin in March 2021 in London.

Tom is known for playing antagonist Draco Malfoy in the 'Harry Potter' franchise and previously explained how he is glad that his character continues to be a fan favorite, despite being seen as one of the bad guys in the series itself.

The 33-year-old actor said of his alter-ego: "He's great. He has so many layers, he's misunderstood, he's also a bit of a git.

"He needs a hug really. I think maybe people feel sorry for him, he needs a bit of affection. Either way, I'm highly flattered and intend to do my best to satisfy that desire."

Tom also revealed that he remains in touch with several of his 'Harry Potter' co-stars – including Daniel Radcliffe, Emma Watson and Rupert Grint.

He explained: "(I'm) always chatting with a lot of the other guys on WhatsApp and staying in touch with them and making sure everything's alright."