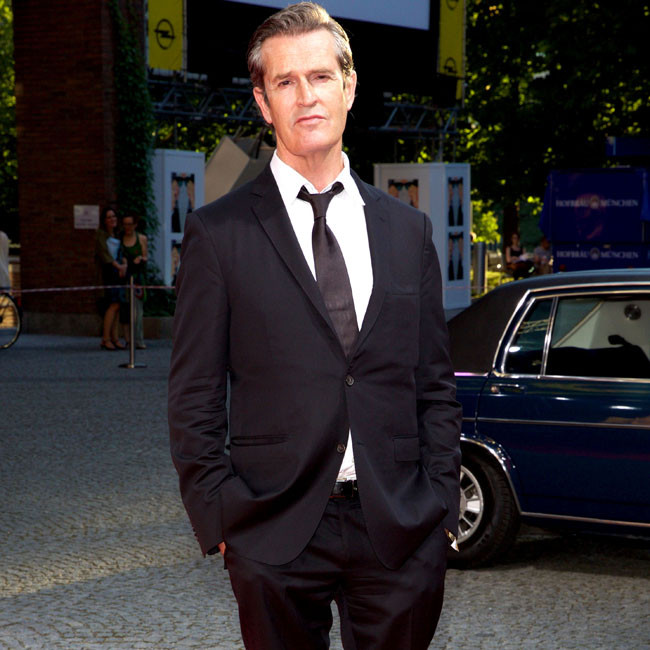 Rupert Everett sets cast for Lost and Found in Paris

The 62-year-old star will explore the hedonism, seduction and intrigue of the French capital in the 1970s and is set to direct from his self-penned screenplay based on his own real-life experiences.

Kit will star as Rupert's younger self – an unruly teenager sent by his exasperated parents to live with a Parisian socialite family to learn French and grow up.

The 'My Best Friend's Wedding' star will also have a supporting role in his own movie.

The flick follows Rupert as a 17-year-old art student in Paris in 1977. He is seduced into the hedonistic world of rival fashion designers Gary Saint Lazare (Everett) and Wim Waldemar (Malkovich) in the dying days of disco.

Lost in an unforgettable era, Rupert has a sexual awakening and experiences a dark first love. Only when tragedy strikes does he realise that some loyalties don't last forever.

The film is being produced by Jeremy Thomas at Recorded Picture Company and is set to start production in spring 2022. The movie will also feature a soundtrack filled with some of the greatest hits from the disco and punk era.

Everett said: "'Lost and Found in Paris' is a film about the rollercoaster of life, the exuberance and glamour of youth, seen through the lens of a life well-lived.

"I went to Paris on an exchange trip in 1977. I was supposed to learn French. Instead I discovered fashion, disco, drugs, rent boys and finally – right at the edge of the abyss – myself."

Kristin added: "I've known Rupert since his incredible screen debut in 'Another Country', and his multifaceted talents and personal story makes 'Lost and Found in Paris' an unusual blend of comedy with true-life adventure."