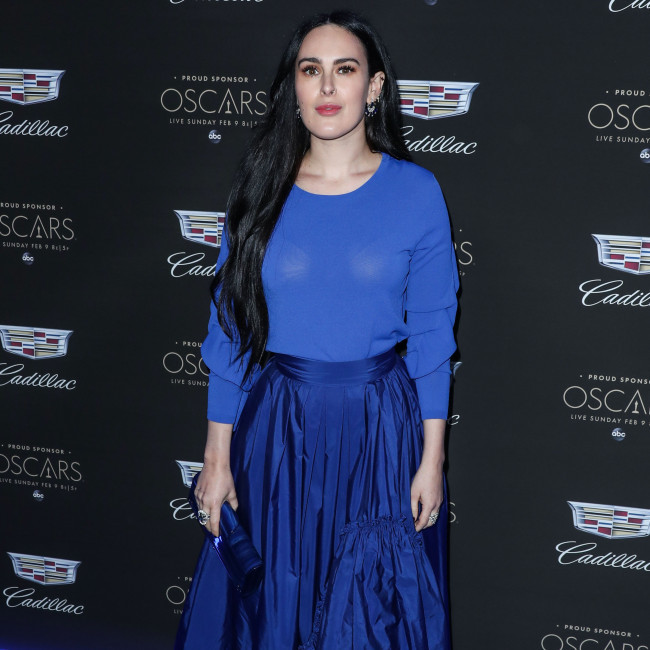 Rumer Willis has joined the cast of the comedy 'My Divorce Party'.

The 33-year-old actress – the eldest daughter of Hollywood stars Bruce Willis and Demi Moore – has boarded the new indie film that has recently wrapped production.

The comedy tells the story of future divorcee Xan (Desiree Staples), who gathers her closest friends in Joshua Tree to celebrate her impending split.

However, she then reveals that she intends to burn her divorce settlement cash and start afresh. Each friend then has a wildly different opinion on what Xan should do – from blowing it at a strip club or to save it and use it for self-care.

The movie marks the feature directorial debut of Heidi Weitzer while Geenah Krisht and Adrienne Childress are producing. Weitzer is executive producing with Staples and Sam Fox.

Rumer said in a statement: "I feel so privileged and grateful to be working with so many unbelievably talented women who I not only look up to and I admire since we've started, but who genuinely truly make me laugh."

The star is also set to feature in the film 'Left with Only Rain' with Liana Liberato, Jordan Rodrigues and Richard Kind.

The thriller centres on Sabina Geshem, a young woman reeling from a breakup as she struggles to rebuild her once-promising dance career.

After a dalliance with her ex threatens her comeback, Sabina goes to a small town to track him down. She then discovers his new and pregnant girlfriend and inserts herself into the unsuspecting women's life – seeking something other than closure.