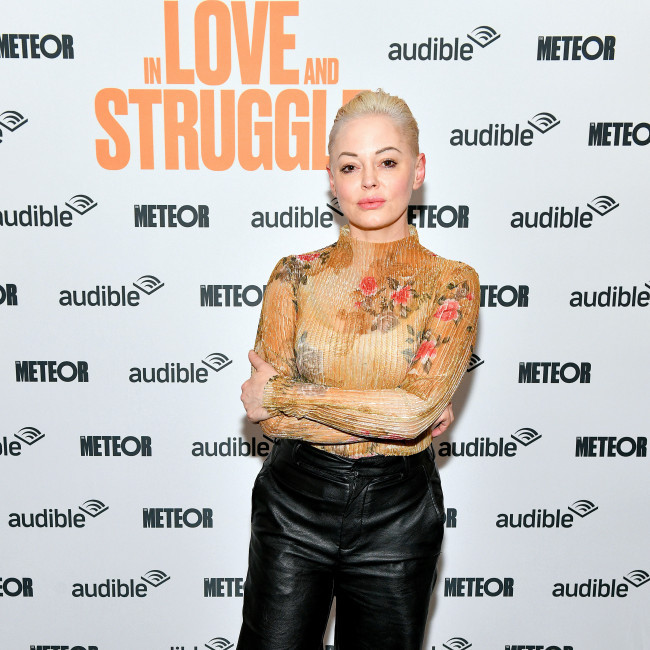 Rose McGowan believes she would have been more successful if she wasn't "blacklisted" by Harvey Weinstein.

The 47-year-old actress was one of the first to speak out against disgraced movie mogul Weinstein, accusing him of raping her at the Sundance Film Festival in 1997, and Rose says she could have "spread my wings more in the acting department" if Harvey had not used his influence in Hollywood to stifle her career.

She told The Observer's New Review: "I did one acting class after I started my first movie, after they discovered me. And I hated it. For me it was always fiscal; it was a matter of survival. I just happen to be naturally good at it. Had I not been blacklisted by Weinstein I might have gone on to have a better career and probably spread my wings more in the acting department. But I had to take the crumbs that I could get. So I did as well as I could, despite the Hollywood blacklisting, which they’ve only doubled down on since the exposing and taking down of their cult leader."

And Rose insisted that misogyny is still rife in Hollywood, with young assistants being taken advantage of by more powerful men.

She explained: "When I was acting there were male actors I worked with who, when they had to do a sex scene, they would wear this… they called it a 'c*** sock’. I don’t know how to say that nicely. And they would literally have the young costume design assistant come in and put that on for them. Because they couldn’t do that themselves. And that’s acceptable… what job on the planet would that be OK in, other than this weird world? And if you object, you have to be willing to kill your own career for somebody else’s misdeeds. It’s really not OK."