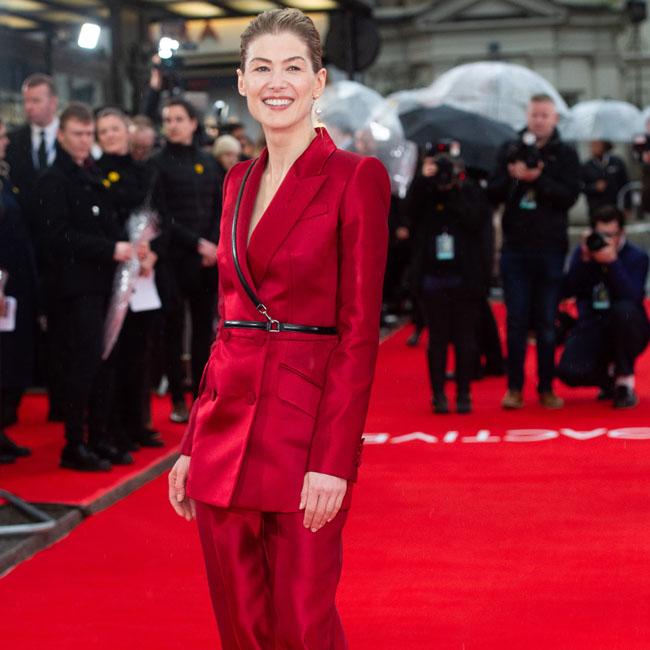 The 41-year-old actress plays scientist Marie Curie in 'Radioactive' and Marie Colvin in 'A Private War', and has revealed that she was drawn to the roles by the bravery of both women.

Rosamund told Collider: "The thing that draws me most to characters these days is courage and I think they both exhibit a tremendous amount.

"There is a reason these two Marie's came into my life but I haven't discovered it yet. I played both Marie Curie and Marie Colvin and both characters have left a lasting impact on me. They are both driven with a certain sense of ambition."

'Radioactive' sees Rosamund play Curie at various points in her life, and she admits that she found the experience to be a "head screw".

The 'Gone Girl' star said: "Every day I had to play young and old so that was kind of a head screw. I usually started the day old and got younger.

"I really enjoyed having a daughter. It's a privilege to play older than you are and quite funny as well."

The actress also recalled her experience on the 2010 movie 'Barney's Version' and explained how it was the most difficult first day she'd ever experienced on set.

She said: "The toughest first day I've ever had was on 'Barney's Version'.

"We had to do this very emotional scene where a couple have reunited and she realizes that he has got Alzheimer's. It's a very beautiful and emotional moment and we had to do it right at the top."