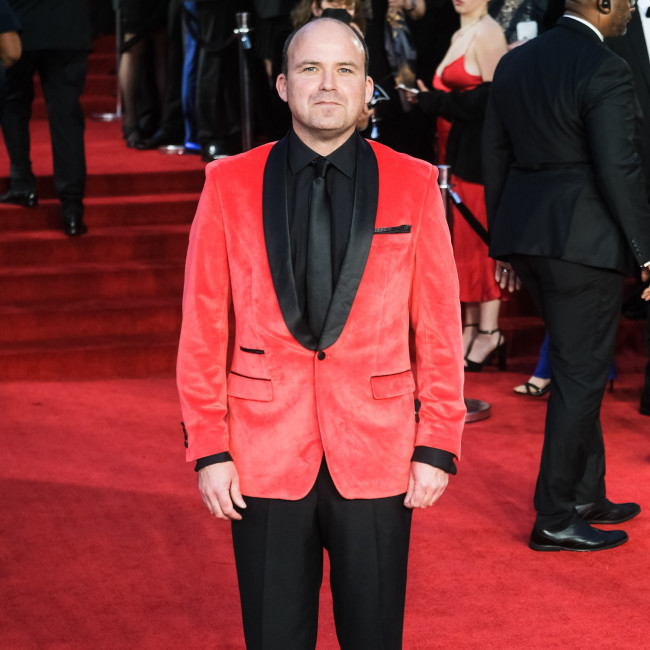 Rory Kinnear fears he will "terrify" viewers by giving birth in 'Men'.

The 44-year-old star plays various characters in the new horror film and has a scene where he gives birth to himself multiple times and is worried about how audiences will react.

Rory told the Metro newspaper: "The first time I saw 'Men' I got on the tube with the realisation that I might be getting on with someone who'd just seen that and what a terrifying experience it might be for them."

The James Bond actor felt that the scene was authentic as he got sticky during filming.

Asked if the scene was messy, Rory said: "Yes, particularly when they try and warm you up with one of those foil blankets and you realise it's going to stick to you and various lumps come away with it.

"Obviously there were models to represent various apertures that I would emerge from, but it certainly felt like I was doing it for real."

Rory plays several parts in the movie but says he didn't want the unique role to be a "gimmick".

'The Imitation Game' star recalled: "The script came to me with the proviso that Alex (Garland, the writer/director) wanted me to play all these parts, so obviously my interest was piqued. But I didn't want it to feel like a gimmick.

"For me, the acting should be the last thing you come away from a film thinking about, if you've done it successfully."

One of Rory's characters appears in the nude during the movie but he revealed that some CGI trickery spared his modesty.

He explained: "Alex said there were ways of doing this that didn't involve being naked. I was basically wearing some CGI underpants!"