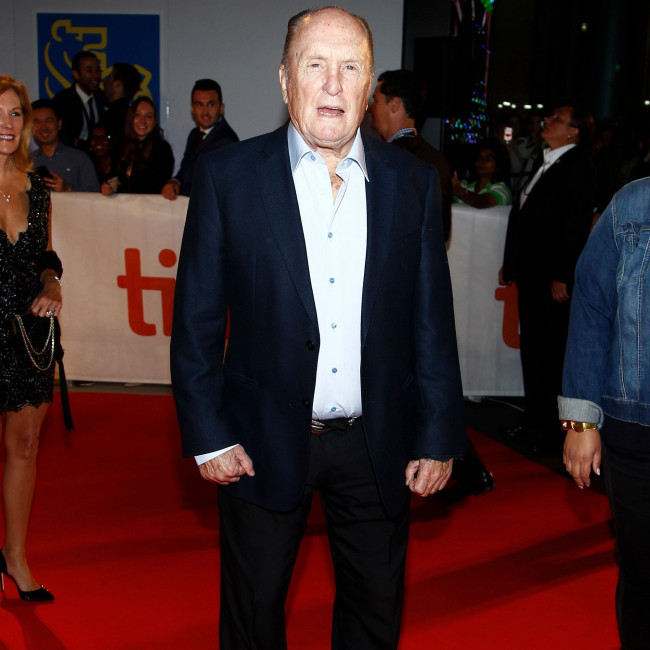 Robert Duvall knew that 'The Godfather' was going to be "special" during filming.

The 91-year-old actor played Tom Hagen in the iconic crime film – which is celebrating its 50th anniversary this year – and instantly recognised that director Francis Ford Coppola had made an excellent movie.

Robert told The Gate: "All I know is about a third of the way through 'Godfather', and before I knew it, we had something special. And I only felt that twice, but very special and turned out to be true, you know?"

The star – whose other acting credits include 'To Kill a Mockingbird', 'Bullitt' and 'Apocalypse Now' – also praised Coppola for handling the pressure he was under to make the movie.

Robert said: "And I gained a lot of respect for Coppola because he had to work. We thought maybe he was going to be fired because he was working under the pressure of the studio, who maybe saw the outcome of the film in a different way than he did.

"But he did it the way he wanted to. And he adhered to those concepts of his, and the film turned out to be what he wanted. He was the boss."

Robert also recalled how Coppola came to his aid when he turned his hand to directing as they maintained a good relationship after 'The Godfather'.

The actor said: "He was great. We kept the relationship somewhat for years to come. In a couple of films I directed he helped me with the editing; he was very open to that and very good.

Robert confessed that he has worked on "a lot of c***" during his movie career but 'The Godfather' was far from rubbish.