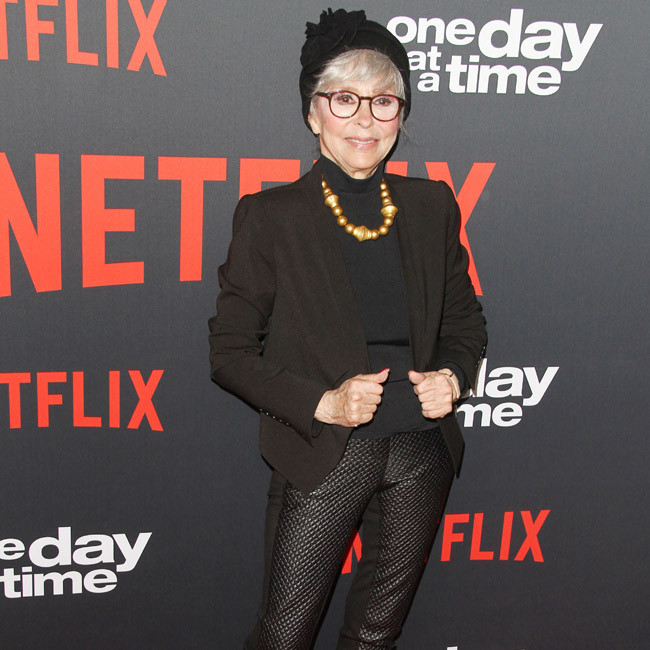 Rita Moreno is "tickled to hell" to be staring in 'Fast X'.

The 90-year-old actress will play the grandmother of Vin Diesel's character Dominic Toretto in the tenth installment of the 'Fast and Furious' franchise and both stars couldn't be happier with the news.

Vin shared a video to Instagram, in which he sat alongside Rita and co-star Michelle Rodriguez.

He said in the clip: “It’s been my dream forever to work with Rita Moreno, and the fact that she’s here playing my grandmother makes my soul smile.

The camera then focused on the 'West Side Story' actress, who said: “You know what, I think I was getting … I think my old age was waiting for you to invite me. Isn’t that nice?

After the pair exchanged "I love you" messages, Michelle shouted: "Rita Moreno in the house, baby!”

Almost a year ago, Vin admitted he was keen to land the veteran actress to play his family member after explaining the tenth and eleventh movie would explore more of his alter ego's family tree.

He said: " “We’ve been talking a lot about Mrs. Toretto, from the very beginning of [me] coming back for ‘F9’. So, I feel like there’s gonna be a time and place to be able to reveal that.

"Before we get to Mother Toretto, We will get to Abuela. And the person that I’m so excited to talk about that role is Rita Moreno.”

And Rita said at the time she loved the idea of joining the franchise.

She said in response to the 54-year-old actor's comments: “I’m waiting for his call. I think it’s a fabulous idea. I hope he puts me in black leather…”