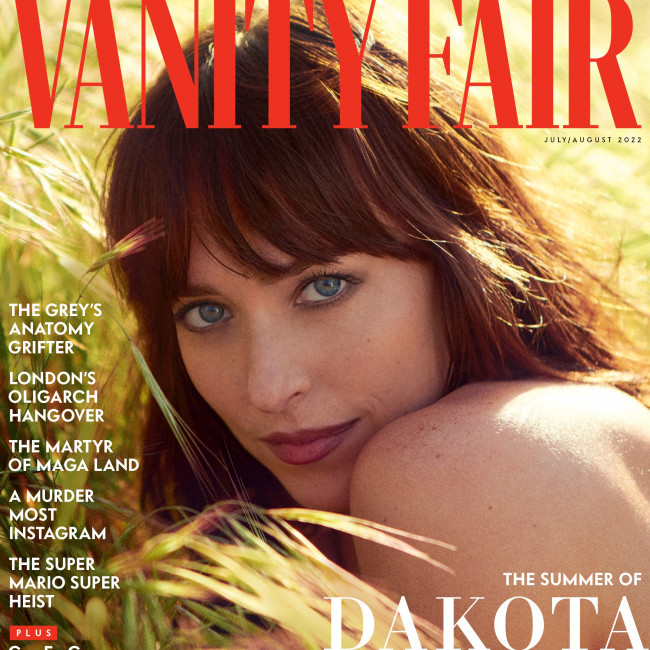 Richard E. Grant feared Dakota Johnson would have a "Paris Hilton element to her character".

The 65-year-old actor stars alongside Dakota - who is the daughter of Don Johnson and Melanie Griffith - in the new Netflix drama 'Persuasion', and Richard admits to being pleasantly surprised by his co-star.

He said in the the July/August issue of Vanity Fair magazine: "Dakota’s very disciplined.

"Considering who her parents are, you project an idea of somebody coming from that amount of privilege. You think that she might be - how do I put this? - that there might be a Paris Hilton element to her character. But there wasn’t.

"Instead, I think what that background has given her is a great assurance of who she is."

Richard believes Dakota proved her toughness in her infamous interview with Ellen DeGeneres, when she questioned the chat-show host's decision not to attend her birthday party.

The actor admitted there's something "incredibly sexy" about Dakota's attitude.

He explained: "I mean, she’s 32, but she has a no-s***-Sherlock approach. And having seen her on that infamous Ellen DeGeneres interview, you know that she takes no prisoners. You don’t mess with Dakota Johnson, and I think that’s incredibly sexy."

During her infamous interview with Ellen, the Hollywood star corrected the chat-show host when she asked why she wasn't invited to Dakota's birthday bash.

The actress said: "Actually, no, that’s not the truth, Ellen."

Dakota subsequently explained that Ellen, 64, had been invited to the party and that she didn't show up.

Asked if that was really the case, Dakota told her: "Ask everybody. Ask Jonathan, your producer."

Ellen then joked: "Oh yeah I had that thing. [The party] was probably in Malibu, that’s too far for me to go to."

Read the full story – ‘Dakota Johnson on Family, Sexual Agency – and the 'Psychotic' making of ‘Fifty Shades of Grey’ – by Britt Hennemuth in Vanity Fair’s July/August issue and on VanityFair.com.