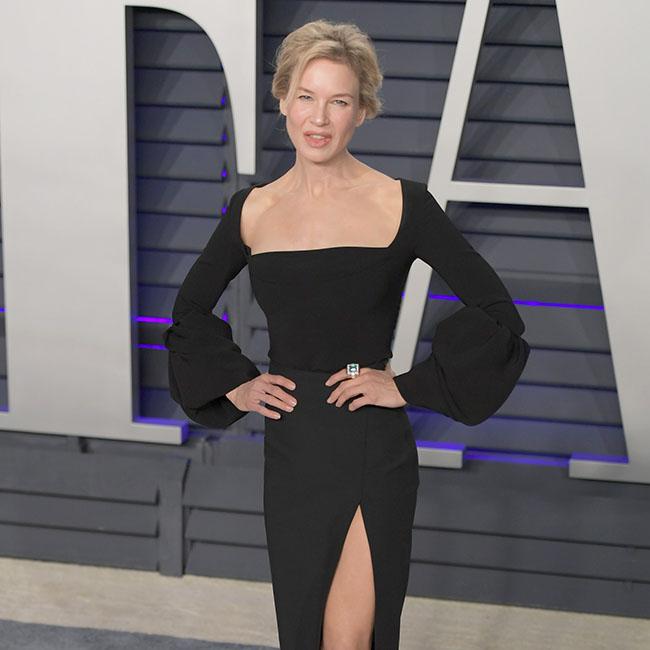 Renee Zellweger's prosthetic nose broke off and oozed a "milk-like" substance during her 'Judy' kissing scene.

The 'Bridget Jones's Diary' star has revealed the "horror" of when she was rehearsing locking lips with Finn Wittrock - who plays Judy Garland's (Renee) fifth and final husband, Mickey Deans, in the biographical film - and how parts of the prop ended up on his face.

She told 'Entertainment Tonight': "Yeah. I had no idea!

"I did not know until this kissing scene and I look at him with horror and I realise, 'Am I more upset that I got that on his face - and we haven't cut so I can't be touching his face in a way to try and get it of - or that it's attached to my head and there's so much more where that came from?'

"The glue and the thing and the chemicals or something, I don't know, and some of it would just sneak out the crevice [on the side].

On how she prepared herself for portraying the late Hollywood icon, Renee said: "I just surrounded myself with all this fun material that I love.

"I love [Garland]. I love her performances. I love her on a talk show. I love what she wore.

"I love the sound of her voice. I mean, all of it.

"I just fooled myself to death and was super greedy all the time. That's it."

'Judy' is set in 1968, during a time when the 'Wizard of Oz' actress headed to London in an effort to revive her career.

The movie sees the star perform sold-out shows at the Talk of the Town nightclub, and follows her as she reminisces with friends and fans and begins a whirlwind romance with musician Mickey, who she married three months before her death.

Judy passed away at the age of 47 in 1969 due to an accidental overdose, and the film also touches on her struggles with drug and alcohol issues.

The movie is based on the musical drama 'End of the Rainbow' by Peter Quilter, which was adapted into a script written by 'The Crown' scribe Tom Edge.

'Judy' will be released in the US on September 27.