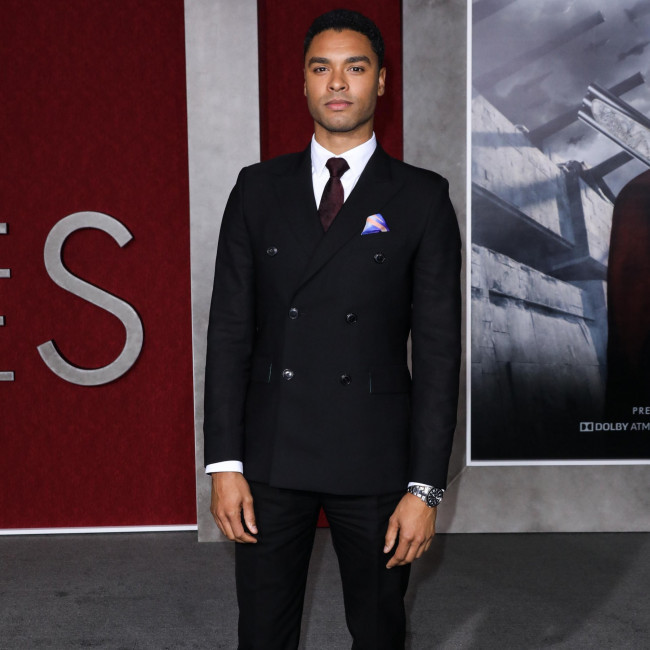 Rege-Jean Page to play Simon Templar in The Saint movie

Rege-Jean Page has been cast as Simon Templar in 'The Saint'.

The 'Bridgerton' star will take on the titular role of the Robin Hood-style thief for hire, who goes after corrupt politicians, warmongers, and criminals in Paramount's big-screen adaptation.

The Saint character was first created by novelist Leslie Charteris and featured in a series of books published between 1928 and 1963.

Templar was brought to life off the page in some radio dramas in the 1940s and several films but it was the late Sir Roger Moore's portrayal of Templar in the 1960s TV series 'The Saint' which is best remembered.

In 1997, Val Kilmer portrayed the character on the big screen but his portrayal - which lacked much of the humour and wit of previous incarnations - was panned by critics and earned him a Golden Raspberry Award nomination for Worst Actor for his performance in the film.

The artistic director of The Young Vic theatre, Kwame Kwei-Armah, is in charge of the script.

Chris Pine was previously attached to the leading role in the reboot but is seemingly no longer on board.

What's more, the flick was to be helmed by Dexter Fletcher, however, there is currently no director confirmed at this time.

Rege-Jean's upcoming movies include 'Dungeons & Dragons' and 'The Gray Man'.

The actor quit 'Bridgerton' after just one season as the suave Duke of Hastings and while he's ready to embrace the "unexpected" with his future career plan, he teased he's looking for roles with something in common with the period drama.

He said: "The thing that has always appealed to me most about this career is getting to encounter and interact with the unexpected.

"I want everything I do to be as sexy as 'Bridgerton', just in different ways."