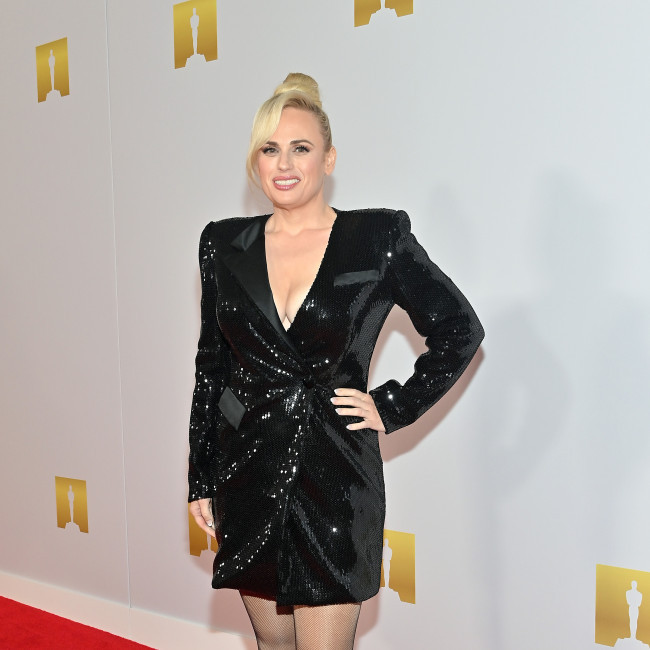 Rebel Wilson and Charles Melton are being lined up to star in the road trip comedy 'K-Pop: Lost in America'.

The 42-year-old actress and the 'Riverdale' star, 31, are said to be the first choice to lead Korean filmmaker JK Youn's flick, Deadline reports.

The script comes from Jeff Kaplan and Ian Springer, and there is a current draft by Karen McCullah and Kirsten 'Kiwi' Smith.

The plot follows "a breaking K-pop group that finds themselves mistakenly stranded in Waco, Texas, just days before their American debut at Madison Square Garden. Left with no phones, no money and no transportation, the group must overcome their differences and a host of crazy obstacles to make it to New York City. Along the way, they learn to love Texas, and Texas learns to love them back."

Filming is due to commence in autumn.

It's yet to find a home, but there's reportedly been plenty of interest out there.

The 'Bridesmaids' actress played the role of a 37-year-old woman who wakens from a 20-year coma and decides to go back to high school to earn her diploma.

Charles is best known for playing Reggie Mantle on The CW television series 'Riverdale' and Daniel Bae in the 2019 film 'The Sun Is Also a Star'.

Meanwhile, Rebel recently came out and introduced her girlfriend Ramona Agruma to the world.

Although the 'Hustle' star and fashion designer-and-businesswoman Ramona have been dating for six months, and even attended the Vanity Fair Oscars party together in March, they only recently went public about their romance.

The pair were introduced by actor-and-singer Hugh Sheridan.