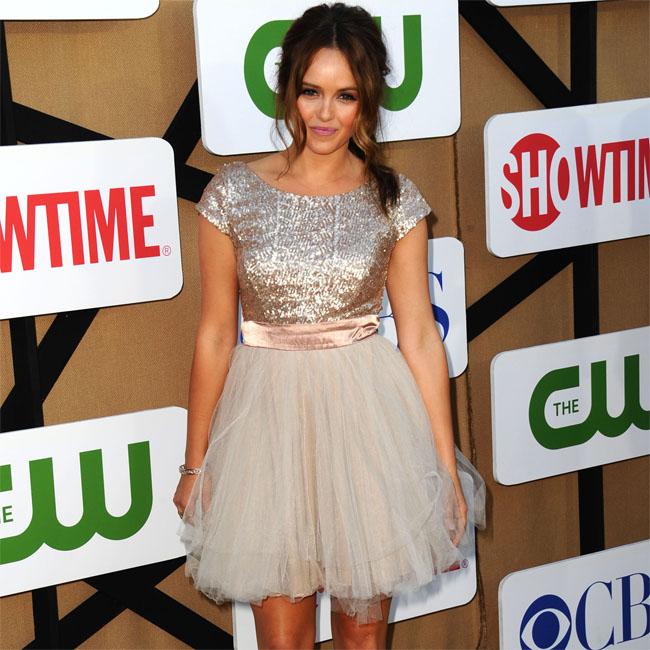 Rebecca Breeds to take on role of Clarice Starling

Rebecca Breeds will play Clarice Starling in the forthcoming television sequel to 'The Silence of the Lambs'.

The 'Pretty Little Liars' star will portray the FBI agent in the CBS spin-off 'Clarice', which is set a year after the events of the film, in which Clarice (Jodie Foster) uses the insight of imprisoned killer cannibal Dr. Hannibal Lecter (Sir Anthony Hopkins) sadistic insight to catch serial killer 'Buffalo Bill'.

In 'Clarice', the titular character continues to work while attempting to move on from childhood trauma. The upcoming series will see Clarice investigate serial predators and killers, as well as engaging with Washington's politics.

Showrunners Alex Kurtzman and Jenny Lumet said: "After more than 20 years of silence, we're privileged to give voice to one of America's most enduring heroes - Clarice Starling.

"Clarice's bravery and complexity have always lit the way, even as her personal story remained in the dark. But hers is the very story we need today: her struggle, her resilience, her victory. Her time is now, and always."

Foster won the Best Actress Academy Award for her portrayal of the character in 1991 movie 'The Silence of the Lambs', whilst Clarice was also played by Julianne Moore in the 2001 big screen sequel 'Hannibal'.

The original film was acclaimed by critics and won Oscars in all the top five categories; Best Picture, Best Director for Jonathan Demme, Best Actor for Hopkins and Best Original Screenplay in addition to Foster's gong.

Foster, 57, previously describe how Hopkins, 82, scared her during shooting when he was in character.

She said: "The movie didn't scare me, but Anthony Hopkins scared me. You'll notice, if you look at the movie again ... instead of the person looking at the person off-screen, that the actors are actually looking down the lens.

"And that means I am there, but way behind the camera and I'm just a voice, he can't see me. And the same is true on my side. So when I'm doing scenes with Dr. Lecter, I just hear this disembodied, scary voice, but I don't actually see his face. I have to look into the camera and pretend that he's in the camera."