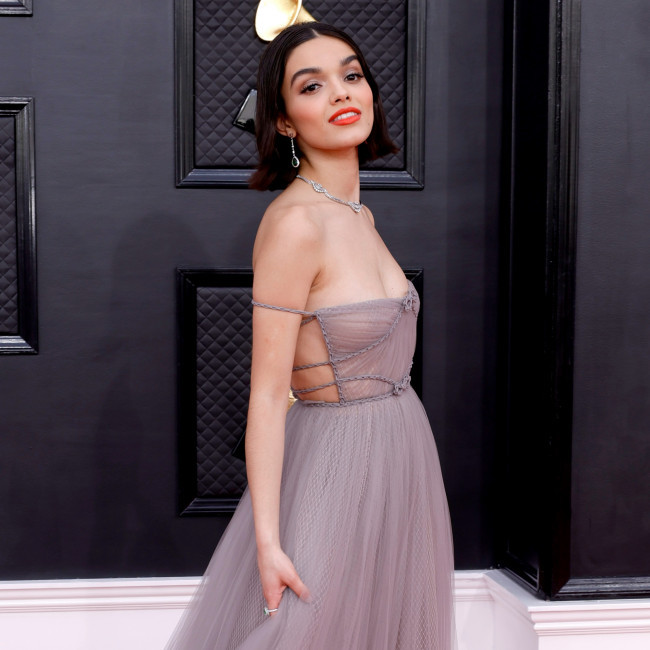 The 20-year-old actress is currently shooting the live adaptation of the classic fairytale - in which she has the lead role - and she admitted she has to "pinch herself" every day because she's still so shocked to be a Disney princess.

Asked by 'Live from E!: Grammys' host Laverne Cox about starring in the film, Rachel - who has been busy filming in London - said: "It's going really, really well.

"We're having so much fun on set, it's so magical. And every day I'm pinching myself that I'm a Disney princess.

Rachel previously admitted she "never in a million years" expected to land the role because of her Latin heritage.

She said: "Never in a million years did I imagine that this would be a possibility for me.

"You don't normally see Snow Whites that are of Latin descent. Even though Snow White is really a big deal in Spanish-speaking countries. 'Blancanieves' is a huge icon whether you're talking about the Disney cartoon or just different iterations and the Grimm fairy tale and all the stories that come with it.

"But you don't particularly see people who look like me or are me playing roles like that."

Rachel's casting as the classic character sparked a backlash from some users on social media but the 'West Side Story' star says is determined to win over them with her performance in the film.

She recalled: "When it was announced, it was a huge thing that was trending on Twitter for days, because all of the people were angry.

"We need to love them in the right direction. At the end of the day, I have a job to do that I'm really excited to do. I get to be a Latina princess."