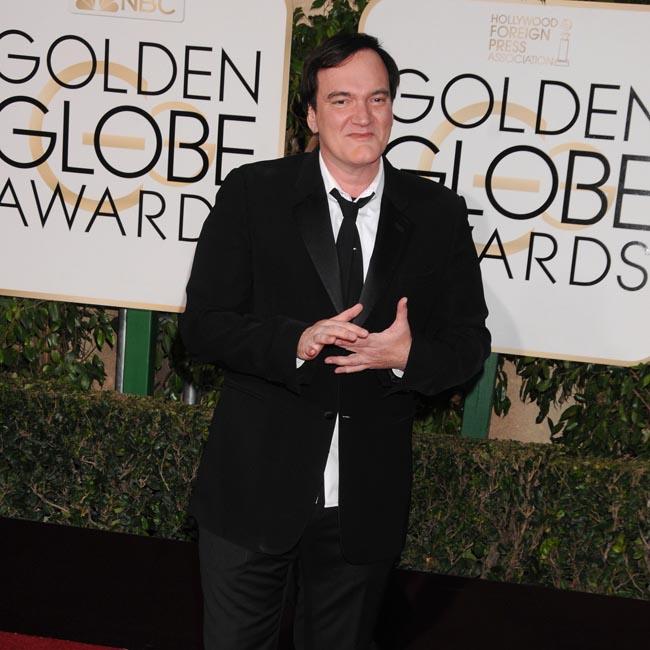 Quentin Tarantino says there is still "a very big possibility" that his 'Star Trek' movie is going to get made.

The 56-year-old filmmaker has explained that at the moment is focused on his upcoming Leonardo DiCaprio-starring feature 'Once Upon a Time in Hollywood', but once that has wrapped, he's going to get back in touch with the team behind the sci-fi film series.

Tarantino told SlashFilm: "It's a very big possibility. I haven't been dealing with those guys for a while cause I've been making my movie.

"But we've talked about a story and a script.

"The script has been written and when I emerge my head like Punxsutawney Phil, post-'Once Upon a Time in Hollywood', we'll pick up talking about it again."

He shared: "Quentin Tarantino went in to [producer] J.J.'s offices and pitched him an idea for a 'Star Trek' movie. I know a little bit about what that is, and it's bananas."

But Karl admitted it would be a "dream come true" if he were given the opportunity to work with the legendary director.

He said: "He is currently making a film with Brad Pitt and and DiCaprio. So, it is going to be a year away from finishing that.

"So, it would be really rad to get to make a film with him. That would be a dream come true, he is definitely an auteur. Whether you like his films or not, he is a good filmmaker. And he makes interesting stuff. So, to me, that is when you get the best results."

'Once Upon a Time In Hollywood, which also stars Brad Pitt and Margot Robbie,' is schedule for release in July 2019.

Speaking previously about the project, Tarantino - whose past hits include and 'Django Unchained' and 'Pulp Fiction' - shared: "It takes place during the 1969 Hollywood era at the height of the counterculture explosion, at the time of the hippie revolution.

"During the summer, little by little, block by block, we'll be transforming Los Angeles in the psychedelic Hollywood of 1969."