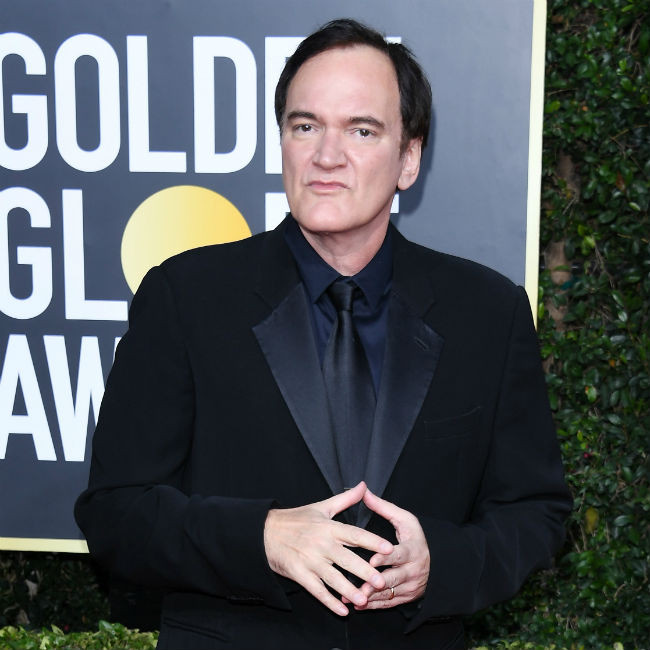 Quentin Tarantino is set to release a film history book.

The 59-year-old director is working on a new book called 'Cinema Speculation', which he plans to release through HarperCollins in October.

A description of the book on the publisher's website explains: "In addition to being among the most celebrated of contemporary filmmakers, Quentin Tarantino is possibly the most joyously infectious movie lover alive. For years he has touted in interviews his eventual turn to writing books about films. Now, with 'Cinema Speculation', the time has come, and the results are everything his passionate fans - and all movie lovers - could have hoped for.

"Organized around key American films from the 1970s, all of which he first saw as a young moviegoer at the time, this book is as intellectually rigorous and insightful as it is rollicking and entertaining. At once film criticism, film theory, a feat of reporting, and wonderful personal history, it is all written in the singular voice recognizable immediately as QT’s and with the rare perspective about cinema possible only from one of the greatest practitioners of the artform ever."

Tarantino has previously spoken of his deep-rooted love of cinema.

The acclaimed director - who has helmed numerous iconic movies, such as 'Pulp Fiction', 'Reservoir Dogs' and 'Kill Bill' - explained that watching TV is more of a "disposable experience" by comparison.

He added: "You go to see [a film] and maybe you’re on your own, maybe it’s in the afternoon, or maybe it’s with your date, or your wife, or whoever, and you sit down and you have an experience with a bunch of strangers.

"Once the movie gets going, once the lights go down, you become a collective. There’s you by yourself, but then there’s all of you together. And then you start appreciating the movie in that way."