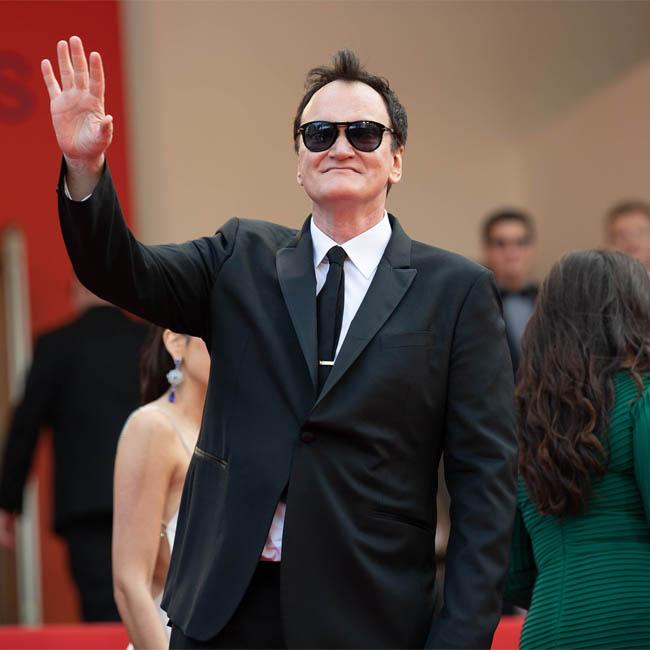 Quentin Tarantino has admitted he has "come to the end of the road" with directing.

The Hollywood legend has contemplated retiring from helming big screen productions and is considering becoming a writer of books and theatre.

He told GQ magazine: "I think when it comes to theatrical movies, I've come to the end of the road.

"I see myself writing books and starting to write theatre, so I'll still be creative. I just think I've given all I have to give to movies."

'Once Upon A Time in Hollywood' could be his final film and he has even considered not bothering at all with his ninth movie.

He admitted: "If it's really well received, maybe I won't go to 10.

Brad Pitt - who plays Cliff Booth in the upcoming comedy drama - says the 'Pulp Fiction' helmer is "dead serious" about quitting the job but he said it won't be the last we hear of the 56-year-old filmmaker.

He added to the publication: "No, I don't think he's bluffing at all.

"I think he's dead serious. And I kind of openly lament that to him, but he understands the math of when he feels like directors start falling off their game.

"But he has other plans and we're not going to have to say goodbye for a long time."

Meanwhile, Tarantino previously insisted that 'Once Upon a Time In Hollywood' is his "most personal" film because it is inspired by his own childhood.

The 'Django Unchained' director considers his highly anticipated film - which is set 1969 Los Angeles and stars Leonardo DiCaprio as television star Rick Dalton, Pitt as his long-time stunt double and Margot Robbie as movie star Sharon Tate - to be a "love letter" to the last moments of Hollywood's golden age and he considers the story to be a "memory piece" about Los Angeles, the city where he grew up and that fuelled his passion for cinema.

He said: "[The film is] probably my most personal. I think of it like my memory piece.