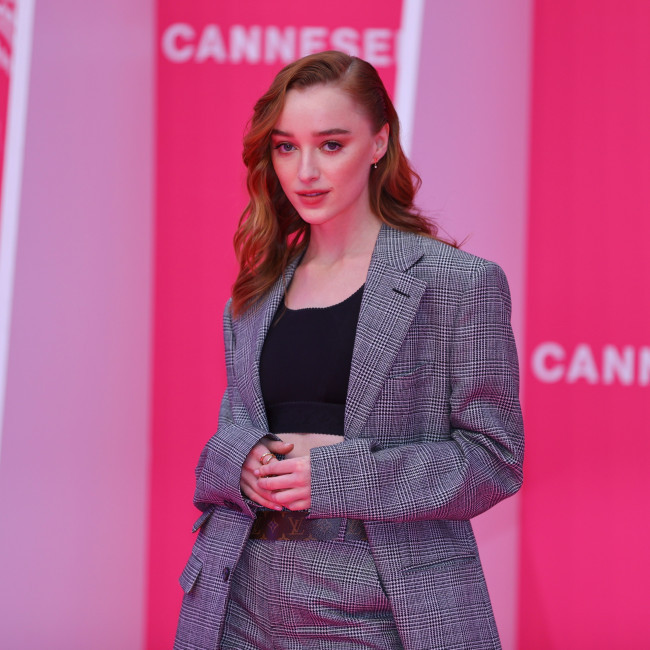 Phoebe Dynevor will executive produce and star in 'The Outlaws Scarlett and Browne'.

The 'Bridgerton' actress has been tapped to lead the cast of the Amazon film based on the book of the same name by Jonathan Stroud and helmed by James Bobin.

The film is set in a fragmented future England, where gunfights and monsters collide, and where formidable outlaw Scarlett McCain battles against the odds on a daily basis.

When Scarlett discovers a wrecked coach on a lonely road, there is only one survivor – the hapless youth Albert Browne.

The pair soon face new and implacable enemies are on their heels and a relentless pursuit that continues across the broken landscape of England. Scarlett must fight to uncover the secrets of Albert's past and come to terms with the implications of her own.

Joe Tracz is adapting the screenplay with Marty Bowen and Wyck Godfrey's Temple Hill Entertainment producing the flick. John Fischer and George Berman brought them the rights to the book and will oversee the movie for the company.

Meanwhile, Phoebe is set to star alongside Alden Ehrenreich in the movie 'Fair Play'.

The picture will be written and directed by Chloe Domont and is set after a woman's promotion at a cut-throat hedge fund sends her relationship with her partner on a downward spiral and threatens to unravel more than just their recent engagement.

Phoebe shot to fame after playing Daphne Bridgerton in the hit Netflix period drama and she credits the programme for "changing her life" in several ways.

The 26-year-old actress said: "I'd say 'Bridgerton' has definitely changed my life. But not only in the things that have come from the job, but also just the experience of it and meeting the most incredible people; just learning so much from working so hard for that period of time."