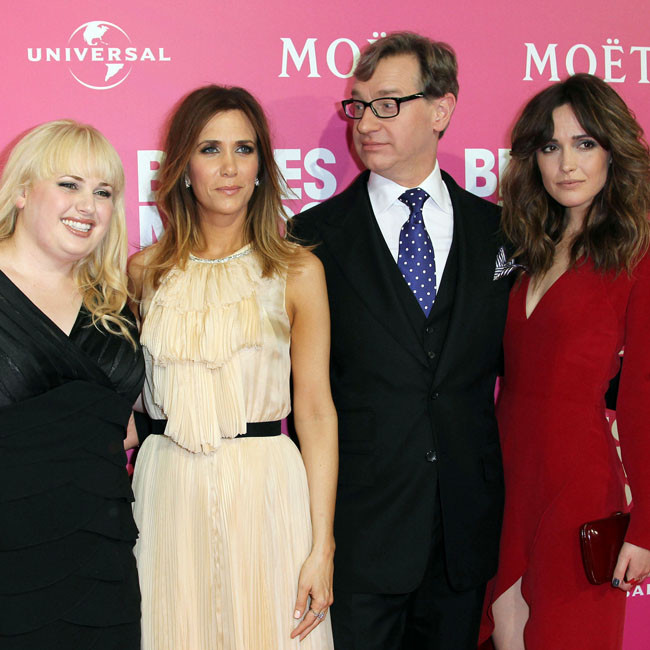 Paul Feig on Bridesmaids after 10 years, it's still 'relatable'

Paul Feig still feels that 'Bridesmaids' is relevant a decade after its release.

The 58-year-old director helmed the 2011 comedy flick and believes that it continues to strike a chord with audiences because it has a "relatable" story and characters – led by Kristen Wiig as Annie Walker.

Paul said: "It's a very relatable story. With all the window dressing of all the crazy stuff that happens in it, at its heart, it's about a person whose life has kind of gone off the rails, and the only thing they have is their best friend.

"Suddenly, it looks like they're going to lose their best friend to somebody who feels much more together and better than they are. It's a very relatable thing, and what we aimed to do with that very grounded, relatable story is to tell it in the sort of the most outrageous way we could."

Paul believes that the relatable nature of the story combined with the shocking and gross-out comic scenes helped create a memorable experience for the audience.

The 'Last Christmas' filmmaker told CinemaBlend.com: "Again, I think people all remember the dress shop scene, and all the outrageous things, but if you didn't have the base, that core, which is almost a dramatic film, under it, I don't think it would mean as much to people.

"If it was just a bunch of shenanigans, then it would have just sort of gone the way of some other comedies that just are around but don't get watched as much as we do."