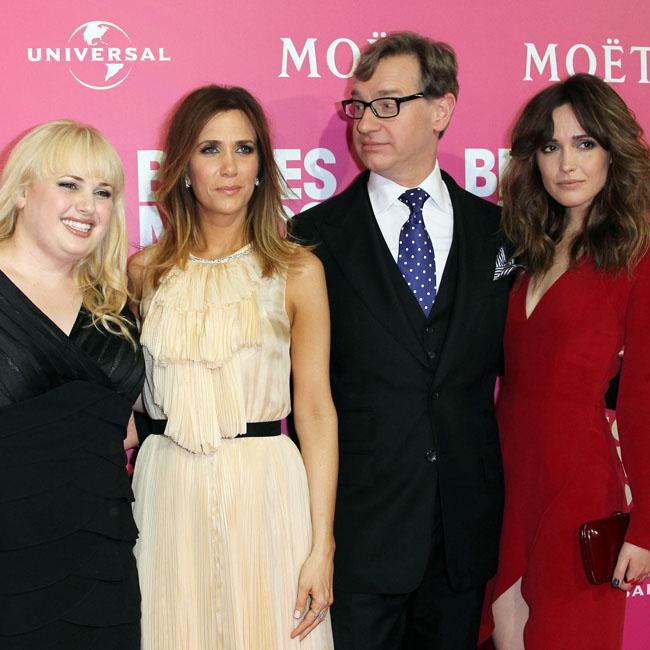 Although the 58-year-old director loves looking at the footage while he is editing and enjoys watching his films with his fans during promotion, he never watches them again once he has finished his duties.

When asked about the last time he watched 'Bridesmaids', Paul told The Hollywood Reporter: "It's been a long time. I have this thing with my movies. I love watching all through post-production ... and any time we're out promoting it, I want to sit in the audience and watch with everybody. I love watching my movies. Something happens the minute that I'm at the premiere and I say, 'I'm never going to watch this movie again.' It's this moment of letting go. I haven't watched it end to end, I don't think, probably since it first came out, to be honest."

'Bridesmaids' was released in 2011 and Paul is still hugely proud of the film.

He said: "When I run across it on TV or when I'm trying to reference something that I don't remember, I'll look at a scene or something, and I'm always just struck at how funny it is and how good everybody is in it. It does seem to hold up. It's been so nice over the years for people to tell me how many times they've watched it and how much it means to them. It's just such a testament to this amazing cast who worked so well together and brought such a great humanity along with their comedy.

"The movie works because it's an emotional movie. If it was all just the dress shop and people throwing up and s******* in sinks, it wouldn't have stood the test of time. It's really because Kristen [Wiig] and Annie [Mumolo] wrote this great, very heartfelt script, about this woman in crisis trying to hang onto her best friend. To me, it's a story about true best friends and how important a friendship is."