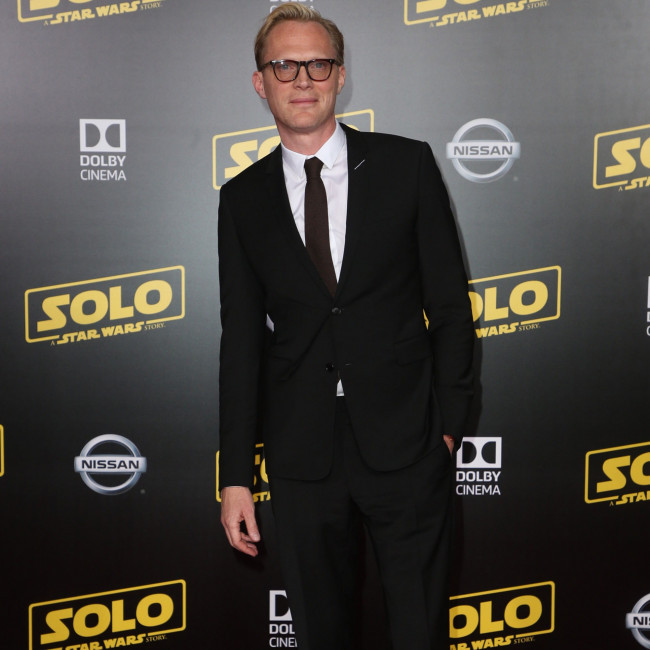 Paul Bettany is keen to play his 'Star Wars' character in a TV series.

The 49-year-old actor portrayed crime lord Dryden Vos in 'Solo: A Star Wars Story' and admits that he would be keen to play the character once more despite his alter-ego's death in the 2018 film.

Asked if he would like to play one of his big-screen characters in a TV series, Paul told Jake's Takes: "Oh, I would love to mess around with Dryden Vos. I love that idea."

'Solo' director Ron Howard previously suggested that there was "interest" in a follow-up to the movie and support for the characters, even though no plans for a sequel are currently in the works.

The 66-year-old director explained that the popularity of 'Solo' "bodes well" for a future movie.

Howard explained: "One great thing is that there's been a lot of affection shown for Solo kind of in its afterlife, and so of course that keeps boding well for them to eventually turn it around."

Paul recently starred in the road movie 'Uncle Frank' and explained how he enjoyed going back to the "golden era" of cinema with the project.

He played the titular Frank Bledsoe in the film and loved replicating the style of screen icons such as Robert Redford in the 1970s set flick.

The 'WandaVision' star said: "I grew up watching movies from what Alan and I both think of as the golden era of American cinema, the 70s, I'm sort of steeped in those movies and was as desperate as any actor would be to wear a brown corduroy suit.

"I've watched Robert Redford as much as the next man, unless the next man is Alan Ball. It was really fun to dress him and style him and all of that."