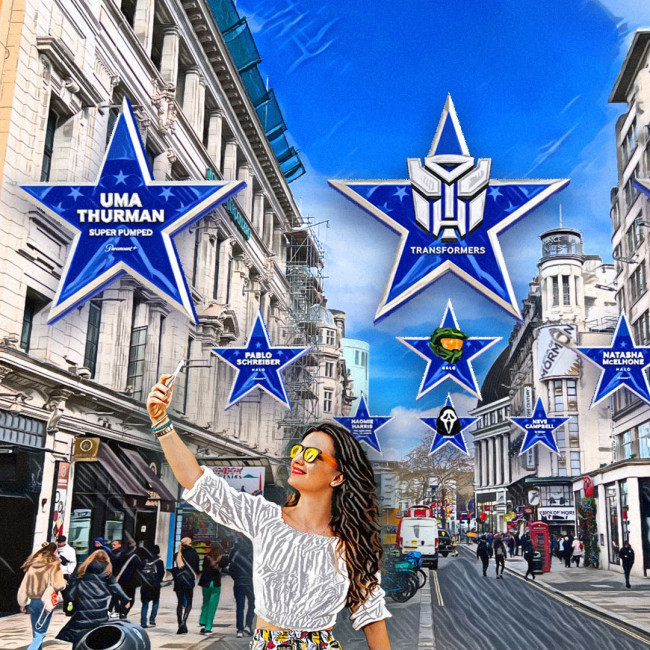 Paramount+ to take over London's West End this summer

Paramount+ is set to take over London's West End this summer.

The new streaming service will bring the district to life with a variety of consumer-led installations, pop-ups and activities in partnership with Heart of London Business Alliance and Westminster City Council from June 20.

The 'Walk of Stars' will adorn four of the West End's busiest streets with 42 Paramount legends. The service's answer to the Hollywood Walk of Fame will honour Sylvester Stallone, Bryan Cranston, Gillian Anderson, Michelle Pfeiffer and Viola Davis.

The other stars will be based on popular movies and shows such as 'Transformers', 'Star Trek' and 'Scream'.

A pop-up experience in Piccadilly Circus will be the central feature of the takeover and will give fans the opportunity to immerse themselves in their favourite films and shows through set experiences, memorabilia and stunt experiences.

The feature will boast replica sets from sci-fi favourites including 'Star Trek: Discovery' and incorporates a 'Mission: Impossible' selfie challenge, allowing fans to recreate an iconic nail-biting scene from the action blockbuster.

Meanwhile Leicester Square – the home of Hollywood premieres in the UK – will be transformed into 'Leicester SquarePants' as the Bikini Bottom resident will pitch up in his pineapple home and serve up Krabby Patties for a limited time.

Piccadilly Circus will also feature an extraordinary 'HALO' installation that will bring the eternal battle between the UNSC and the Covenant to the streets of the capital.

Tickets are available from https://www.eventbrite.co.uk/e/the-paramount-plus-experience-tickets-345581071287