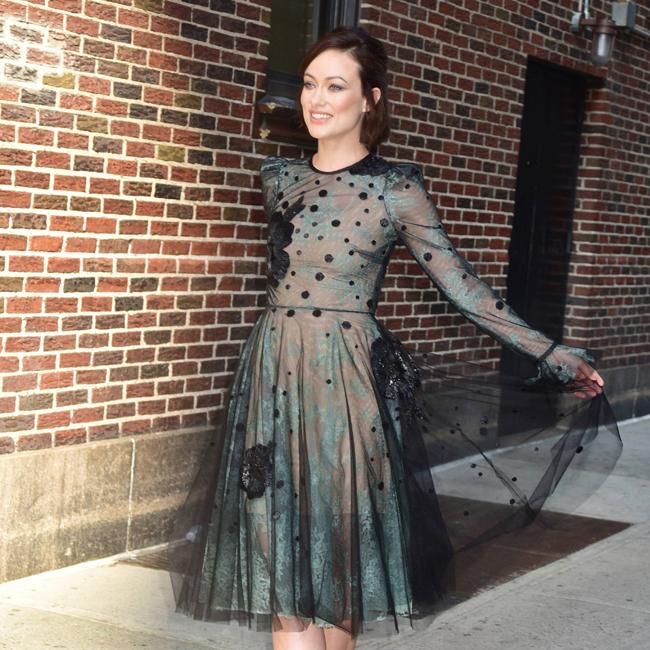 Olivia Wilde has defended her portrayal of a journalist in 'Richard Jewell'.

The 'Booksmart' director plays real-life journalist Kathy Scruggs, who died in 2001, in the Clint Eastwood directed drama based on police officer and security guard Jewell after he was wrongly accused of planting the device during the Olympic Park bombing at the 1996 Atlanta Games.

Olivia's portrayal of Atlanta Journal-Constitution journalist Kathy received backlash after the character is seen offering to trade sex for the name of the suspect with an FBI agent, but current editor-in-chief Kevin Riley, said there is no evidence this ever happened.

Olivia told The Hollywood Reporter: "I have an immense amount of respect for Kathy Scruggs. She's no longer with us, she died very young, and I feel a certain responsibility to defend her legacy -- which has now been, I think unfairly, boiled down to one element of her personality, one inferred moment in the film.

"I think people have a hard time accepting sexuality in female characters without allowing it to entirely define that character. We don't do that to men, we don't do that to James Bond - we don't say James Bond isn't a real spy because he gets his information sometimes by sleeping with women as sources. This is very specific to female characters, we've seen it over and over again, and I think that Kathy Scruggs is an incredibly dynamic, nuanced, dogged, intrepid reporter. By no means was I intending to suggest that as a female reporter, she needed to use her sexuality. I come from a long line of journalists - my mom's been a journalist for 35 years - there's no way I would want to suggest that.

"I do think it's interesting that when audiences see sexuality within a character, they immediately, when it's a woman, allow it to define her, and I think we should stop doing that and allow for nuance. It's sort of a misunderstanding of feminism to expect women to become pious and sexless."

The film sees Jewell as his life is transformed after the police leaked that he was a suspect in the incident.

Jewell - who found a suspicious backpack in the Olympic Park, before clearing the area and saving lives - quickly went from being considered a hero, to one of the most disliked people in the US.