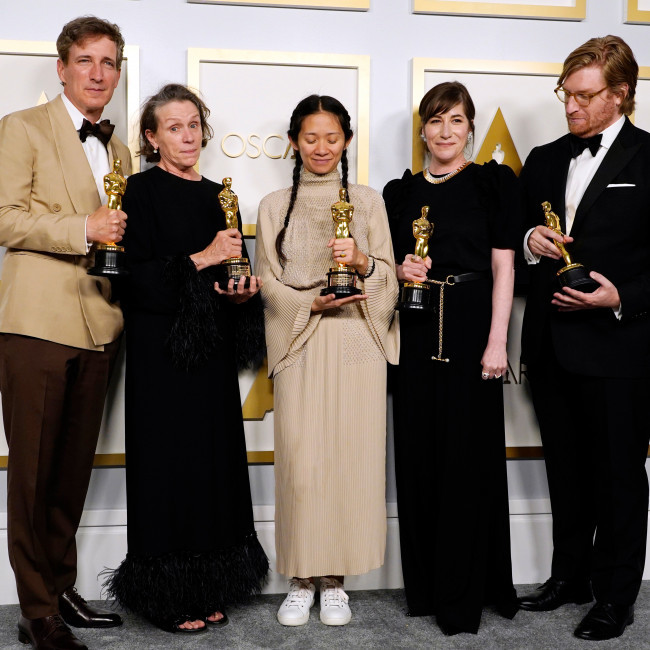 'Nomadland' producer Peter Spears has insisted it was a "Herculean effort" to finish the film amid the coronavirus pandemic.

The Great Recession drama scooped the Best Picture gong at Sunday's (25.04.21) Academy Awards, and Spears believes the "timing was right" to release the motion picture - which stars Frances McDormand as a woman who leaves home to travel around the American West - because the story "resonated" with people.

He said: "I view the ability to finish this movie in the midst of a pandemic and release it was a Herculean effort.

"The timing was right and the story resonated for people about a community and our shared humanity.

"It would have had a deeper sort of meaning if it came out prior to that [the pandemic]."

'Nomadland' beat off competition from 'The Father', 'Judas and the Black Messiah', 'Mank', 'Minari', 'Promising Young Woman', 'Sound of Metal', and 'The Trial of the Chicago 7' to win the most coveted prize.

What's more, filmmaker Chloe Zhao made history as the first woman of color and only the second female to take the prize for directing.

Zhao - who also co-produced the project - realized she needs "less stuff to live" after spending four months living in an RV during filming.

Speaking in the Academy Awards' virtual press room, she explained: "I think I need less stuff to live.

"I can have fewer things."

McDormand also co-produced the movie, and she won her third Best Actress Oscar thanks to her work on the film.

Accepting the accolade at Los Angeles' Union Station, she made reference to 'Macbeth' as she said: "I have no words. My voice is in my sword."

She then added: "We know the sword is our work. And I like work. Thank you for knowing that. And thanks for this."